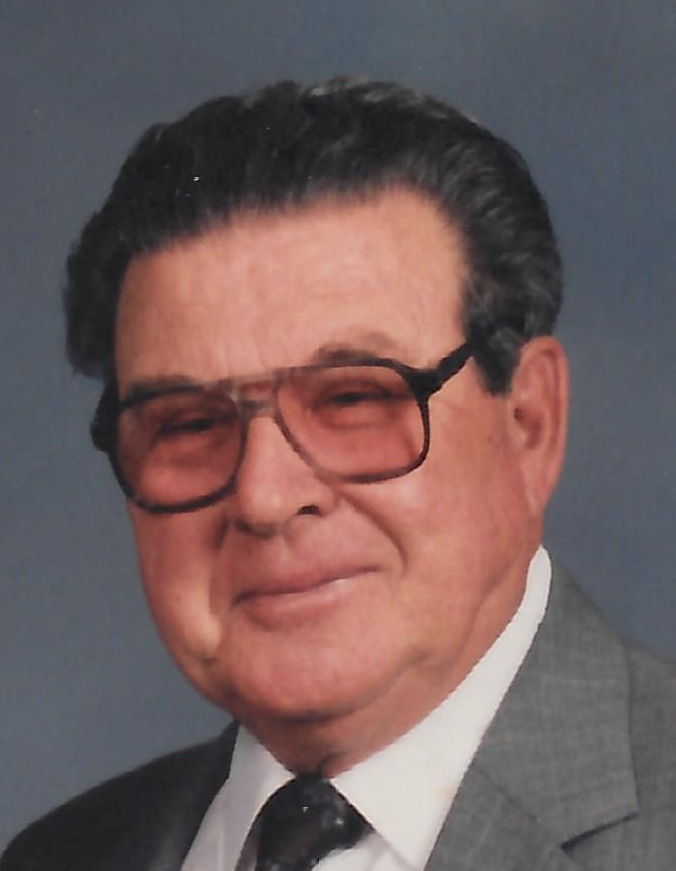 Vincent A. Gennaro, 90, of Peoria, passed away at 9:43 p.m. on Wednesday, December 24, 2014, at his home, surrounded by his loving family.
Funeral services will be at 2 p.m. on Monday, December 29, 2014 at Clary Funeral Home, 3004 West Lake Avenue in Peoria, with Pastor Kenneth W. Durst officiating. Visitation will be one hour prior to services. Military honors will be provided by the U.S. Army. A private interment will be at Camp Butler National Cemetery in Springfield.
Vincent was born on October 10, 1924 in St. Louis, a son of Vincent A. and Marie (Cripps) Gennaro. He married Wauneta Maxine Grosbach on July 16, 1946 in Enders, NE. She preceded him in death on January 4, 2009 in Peoria. He was also preceded in death by his brother in-law, Leslie Ward, and son in-law, Micky Green.
He is survived by his son, David M. (Kim) Gennaro of Ft. Lauderdale, FL; daughters, Linda M. (Pastor Kenneth) Durst of Peoria, Lois E. Gennaro of Peoria and Rebecca A. (Chris) Grainger of San Diego, CA; sister, Betty Ward of St. Peters, MO; brothers, Joe (Betty) Gennaro of Lebanon, IN and Joe (Carol) Gennaro of Santa Paula, CA; seven grandchildren; and sixteen great grandchildren.
Vincent retired as a History teacher with Unity High School District #7 in Tolono. He was formerly a pastor with The Church of the Nazarene in the 50s and 60s.
He was a World War II U.S. Army Veteran, serving from March 17, 1943 to February 12, 1946. He earned the World War II Victory Medal, the Combat Infantry Badge, the European-African-Middle Eastern Ribbon with one Bronze Service Star and the Purple Heart.
Vincent was a graduate of Olivet Nazarene University, Nazarene Theological Seminary in Kansas City and the University of Illinois at Champaign.
He was a member of Prayer View Community Church in Dunlap. He enjoyed water and swimming, traveling and spending time with his family.
Memorial contributions may be made to the Wounded Warrior Project.


To send flowers to the family or plant a tree in memory of Vincent Gennaro, please visit our floral store.