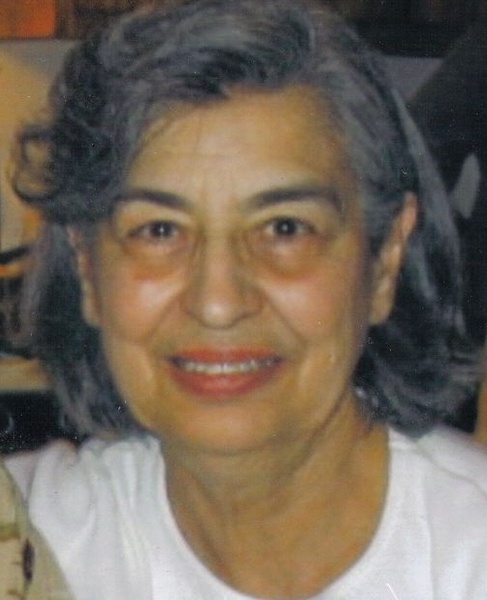 Sophie M. Nellas, 87, of Peoria, passed away at 6:55 p.m. on Wednesday, November 16, 2016, at Heddington Oaks in West Peoria.
Funeral services will be at 10 a.m. on Tuesday, November 22, 2016, at All Saints Greek Orthodox Church in Peoria, with Father Ciprian Sas officiating. Interment will be at Historic Springdale Cemetery, following the service. Visitation will be from 4 to 6 p.m. on Monday, November 21, 2016, at Clary Funeral Home, 3004 West Lake Avenue, in Peoria.
Sophie was born on January 29, 1929, in East Moline, a daughter of Michael and Metaxia (Maharis) Gust. She married Frank George Nellas on October 5, 1952 in East Moline. He preceded her in death on February 6, 2006. She was also preceded in death by her parents and a daughter, Katina Nellas.
She is survived by her children, George (Mavis) Nellas of Honolulu, HI, Christina (Tim) Acosta and Angela Nellas both of Fairfield, CA, Penelope (Craig) Miller, Maria Nellas and Mike Nellas, all of Peoria; siblings, Peter Gust of East Moline, Pete (Arlene) Gust of Davenport, IA, Angie Thomas of Las Vegas, NV, Mary Limparis of Palos Heights and Tommy Gust of Dubuque, IA; five grandchildren; two great grandchildren; and several nieces and nephews.
Sophie was a member of All Saints Greek Orthodox Church, where she directed the choir for many years. She was a teacher’s assistant at Norwood Primary School for eleven years, retiring in 2011. She had previously worked at Springer Burkland Distribution in East Peoria and for Bradley University.
Memorial contributions may be made in Sophie’s name to All Saints Greek Orthodox Church.
Sophie’s Memorial Website and online condolences may be accessed at www.ClaryFunerals.com.


To send flowers to the family or plant a tree in memory of Sophie Nellas, please visit our floral store.