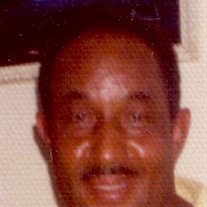 Were Roy Reed "Bud" Galbreath to read this he would likely say "shut the hell up, you don't know what you're talking about!" Yet, he would secretly be touched.
He passed on Sunday, November 1, 2015 at the Illinois Veteran's Home in LaSalle at the age of 89. Over the decades, he brushed off countless heart attacks, denied strokes, beat terminal cancer, endured digestive issues, and classified doctor visits as a "waste of time". Although he would indecorously tell nurses to "leave me the hell alone", he would gracefully say "thank you". Even in the worst illnesses, he was too stubborn to let them win - a testament of his strong will to live.
He was raised during the Depression, but "never went without because his parents were just wonderful". Many did not know that he proudly served in WWII because everyone should "just mind their own business".
He was an early employee at Institute of Physical Medicine and Rehabilitation (IPMR) where he worked for over 30 years crafting unique assistive devices for patients with physical impairments. His creations were honored with recognitions, and doctors asked to team with him on complex cases and new devices. He so loved his work that he fulfilled calls to help his long-time patients years after retirement.
A self-taught electrician, carpenter, and plumber, he was master of his own, never calling a service company because that would be "just a damn waste of money". This is why he kept every little part, wire, nut, and bolt as there could someday be a need.
Roy was an honest man with an unparalleled work ethic who often worked multiple jobs that directly helped others; "just do what you are supposed to do!" He was very thankful for each day on Earth and all that he had, and he thanked the Heavenly Father before each meal.
Roy was born December 2, 1926 in Fulton, Missouri to the late, Mildred L. Jeffers and James W. Galbreath, Sr. both whom he dearly loved. He is the last to pass to his heavenly home to join a generation of five sisters and seven brothers: Lola Wardell Britt, James "Jim", Henry Harrison "Snide", Richard Cleneth "R.C.", Freddie May Logan, Mildred Tolberta "Midge" West, Jean Adair Davis, William Francis "Bill", Thomas Russell "Tom", Roy Reed "Bud", Robert Lynn "Bob", and Mary Kathryn "Molly" Emerson Williams.
Their family gatherings started with lively rounds of hugs and moved to energetic recounts of past events that resulted in strong debate on the numerous embellishments. He cherished growing up in Fulton and loved his family dearly, which both forged his strong work ethic and set of values.
He is survived by his wife, Marie Galbreath of Peoria "a wonderful woman"; four sons, Kenneth (Rose) of Fulton, Russell (Linda) of Jacksonville, FL, Robert of Peoria, and Doug (Shannon) of San Francisco; thirteen grandchildren and ten great grandchildren; and a host of nieces and nephews.
The family would like to sincerely thank Chris Clemens and her family, and the Illinois Veterans Home for all the wonderful care and support.
Visitation will be held Saturday, November 14th at 11am at the Cumerford-Hurd Funeral Home 428 W. McClure, Peoria, IL with services at 12noon followed by committal and interment at the Resurrection Cemetery in Peoria. In lieu of flowers, memorials may be made to the Roy Galbreath Education Fund at the IPMR Foundation, 6501 N. Sheridan, Peoria IL 61614 or in honor of Roy Galbreath at the Illinois Veterans Home, 1015 O'Conor, LaSalle, IL 61301.
Roy's online memorial website may be viewed at www.cumerford.com


To send flowers to the family or plant a tree in memory of Roy R. Galbreath, please visit our floral store.

To send flowers to the family in memory of Roy Galbreath, please visit our flower store.