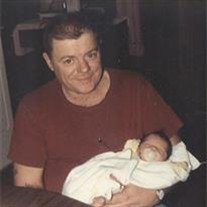 Bob worked at both Kreilling Roofing Company and Massey Roofing Company as a roofer, and was a member of the Fraternal Order of Eagles. He loved horses, enjoyed spending time with his family, drinking beer, and helping others. He will be greatly missed by all who knew him.

To send flowers to the family or plant a tree in memory of Robert Charles Bryant, please visit our floral store.

To send flowers to the family in memory of Robert Bryant, please visit our flower store.