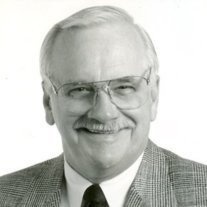 Dick is survived by his loving wife of 48 years, Sharon, and their four children, Robert C. (Gwen) Doerr of Creve Coeur, Illinois, Brent A. (Christina) Doerr of Canton, Illinois, Reithel Mercer of Peoria Heights, Illinois and Nicholas E. Doerr of Chester, Illinois; his daughter, Sara (Ken) Richens of Minnesota from his marriage to Sybil; and his son, Michael Anselmi, from his relationship with Katherine Matson; 20 grandchildren, Trevis and Dan (Sara), Susan, Maria, Chuck, Shandi, Koda, Cheyenne, Shawnee, and Journey (Michael), Joshua, Tanner, and Bobby (Robert), Jaimie, Brittany and Aaron (Brent), Mahala and Brandon (Reithel); 11 great-grandchildren; two brothers, Charles M. (Susan) Doerr of Moline, Illinois and Michael A. Doerr of Pocahontas, Arkansas; and several nieces and nephews. He was preceded in death by his parents; one brother, Jerrold Doerr and his sister, Marlene Joan Beaumont.

Dick graduated from Moline High School and worked in sales and marketing for numerous companies, including Oscar Mayer, Mattel, Midwest Hardware Association and Coinstar. He was a Deacon, AWANA Leader and Song Leader for Maranatha Baptist Church (serving 26 years with Pastor John and Earlene Bagley), Past-President and Board Member of Radnor Rod and Gun Club, member of the National Rifle Association and the Chillicothe Tea Party Patriots, life member of the John Birch Society and former President and Coach of the Von Steuban Little League (late 70's/early 80's). Dick enjoyed camping, politics, socializing, and being involved with church activities. Dick was a loving husband, father, grandfather and brother and he loved spending time with his grandchildren.

Services will be held on Saturday, March 9, 2013 at 1pm at Cumerford-Hurd Funeral Home in Peoria. Rev. John Bagley will be officiating. Visitation will be held on Saturday from 11am to 1pm at the funeral home. Burial will be at Springdale Cemetery. Memorials may be made to the Maranatha Baptist Church or the NRA. Dick's family would like to thank the nurses of OSF 5100 and MICU for their excellent care and compassion towards Dick and his family.


To send flowers to the family or plant a tree in memory of Richard "Dick" Gene Doerr, please visit our floral store.

To send flowers to the family in memory of Richard Doerr, please visit our flower store.