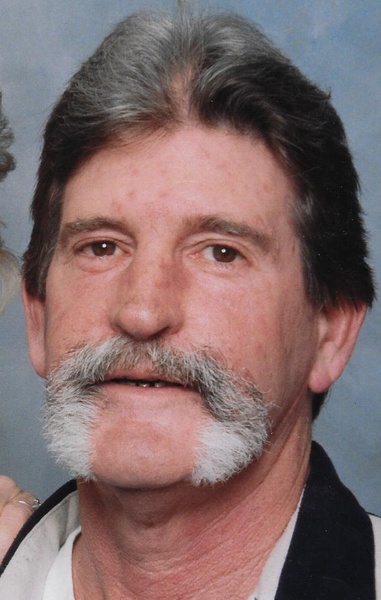 Paul “Eve” Evelsizer, 63, of Peoria Heights, passed away at 1 p.m. on Tuesday, October 28, 2014, at his home, surrounded by his family.
Funeral services will be at 6 p.m. on Monday, November 3, 2014, at Clary Funeral Home, 3004 West Lake Avenue in Peoria, with Pastor Cathy Clark officiating. Visitation will be from 4 to 6 p.m. on Monday, prior to services at the funeral home. Military Funeral Honors will be provided by the U.S. Navy. Cremation rites will be accorded, following services.
Paul was born on June 19, 1951 in Peoria, the son of Paul and Elizabeth “Betty” (Adams) Evelsizer. They preceded him in death. He married Janet “Susie” Bernshausen on April 25, 1981 in Manito.
He is survived by his wife; daughters, Kimberly (Robert) Phillips of Eureka and Stephanie (Craig) Davis of Peoria Heights; grandchildren, Delaney and Jackson Phillips and Jadyn and McKenzie Davis; and sister, Mary Margaret (Robert) Smith of Peoria.
Paul was a painter for NHS Property Management in Peoria and retired in May of 2011, after ten years of service. He was formerly employed as a painter for Forrest Park Apartments in Peoria Heights for thirteen years and as an assembler for Altorfer in East Peoria for three years.
He was a U.S. Navy Veteran and enjoyed fishing, playing Golden Tee Golf, watching St. Louis Cardinal’s Baseball, visiting Florida and Lake of the Ozarks, and sitting in his backyard.
Paul was a wonderful husband, father and grandfather. He had a very good sense of humor and loved to talk with his hands.
In lieu of flowers, memorial contributions may be made to the American Cancer Society or St. Jude Mid-West Affiliate.


To send flowers to the family or plant a tree in memory of Paul "Eve" Evelsizer, please visit our floral store.

To send flowers to the family in memory of Paul Evelsizer, please visit our flower store.