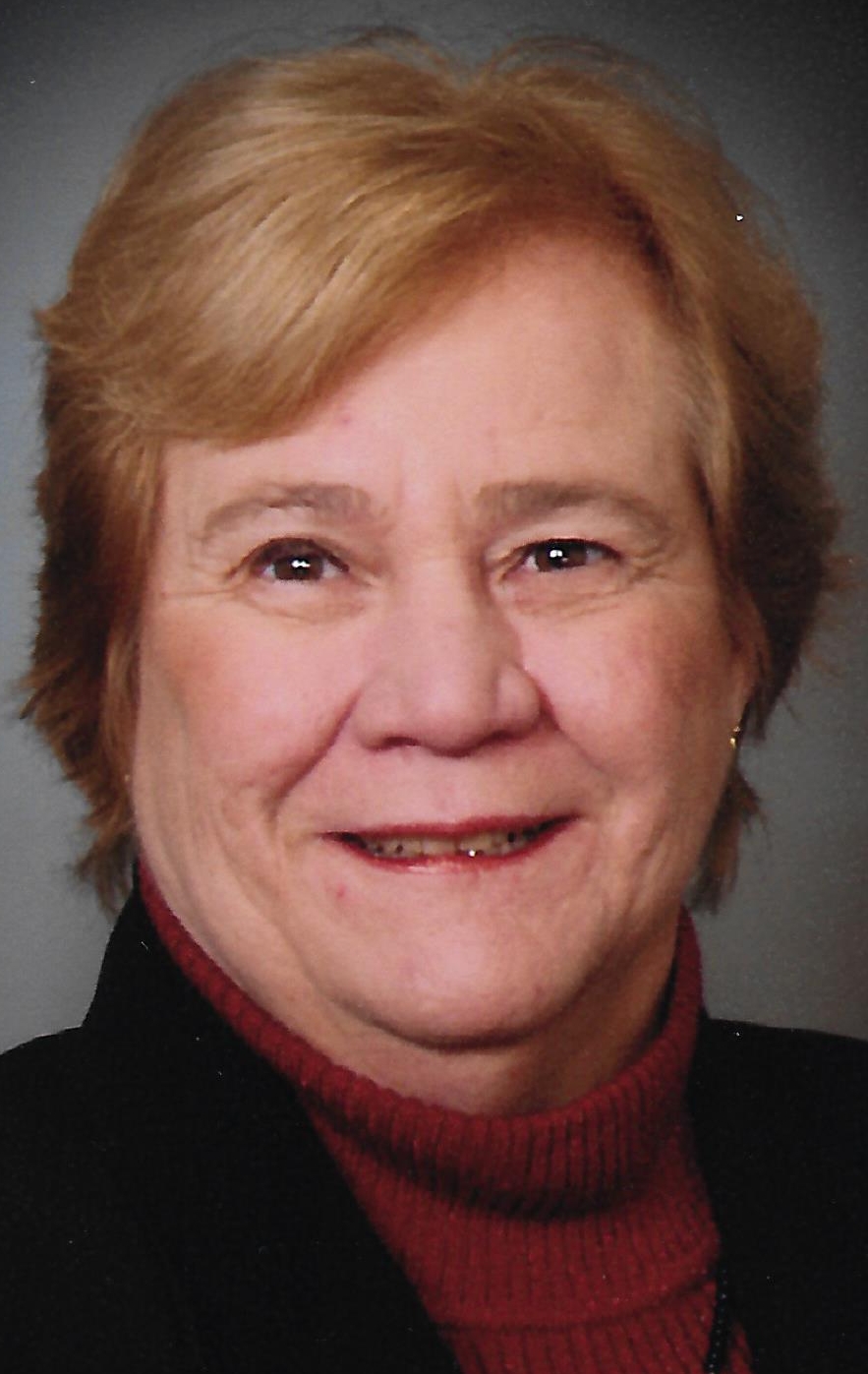 ...till death do us part. So easy to say 42 years ago...so hard to accept today! In July, we learned that Pat developed a very curable cancer called Hodgkin's Lymphoma. Although the expected survival rate is above 90% with the exact treatment she was given, God had other plans for her. During the course of this battle, Pat developed a rare lung disease. This unfortunate change in her body was irreversible. Due to the amount of damage done to her lungs, Pat was unable to provide adequate oxygen to her body in order to live life to the fullest. Although she is not physically with us today, her spirit will continue to live on for eternity. Thanks for all the love and support. - Bill


Patricia Ann “Pat” Bulfer, 64, of East Peoria, formerly of West Peoria, passed away at 7:36 a.m. on Wednesday, October 22, 2014, at OSF St. Francis Medical Center in Peoria.
Mass of Christian Burial will be at 11 a.m. on Monday, October 27, 2014, at St. Mark Catholic Church, with Monsignor Brian Brownsey as celebrant. Visitation will be from 3 to 6 p.m. on Sunday, October 26, 2014, at Clary Funeral Home, 3004 West Lake Avenue in Peoria, with Recitation of the Rosary at 6 p.m. Interment will be at St. Joseph Cemetery in West Peoria.
Pat was born on February 19, 1950 in Peoria, a daughter of Joseph G. and Mary G. (Cotter) Stecher. They preceded her in death, along with a brother, Bill Stecher. She married William A. “Bill” Bulfer on August 5, 1972 at St. Mark Catholic Church. They were blessed with forty-two years of marriage together.
She is survived by her husband, Bill, of East Peoria; her children, Julie Suzanne Bulfer of West Peoria, Jeffrey Joseph (Christine) Bulfer of Washington and Jessica Lynne Bulfer of Peoria; grandchildren, Ava Lee and Brady Joseph Bulfer of Washington; and siblings, Bob (Carol) Stecher of West Peoria, Rick (Christine) Stecher of Peoria, Jim (Mary) Stecher of West Peoria, Ann (Scott) Peterson of Rock Island, Mark (Kim) Stecher of West Peoria and Tom (Connie) Stecher of East Peoria.
Pat was a 1968 graduate of St. Mary’s Academy in Nauvoo. In 2010, she retired from Caterpillar Corporate Headquarters in downtown Peoria, after sixteen years of service in Benefits and Compensation. She was formerly employed with Traveler’s Insurance and Mutual Medical. After her retirement, she served as a Family Assistant with Clary Funeral Home.
She was a longtime parishioner at St. Mark Catholic Church and frequently attended St. Ann Catholic Church. She was an active volunteer with the Knights of Columbus Spalding Council #427 in Peoria, where she was a member and current President of their Ladies Auxiliary. She was also a member of the Peoria Ski Club.
Pat liked reading, sewing, gardening, playing cards, collecting fans and carousels, spending time on her back porch and at the Knights of Columbus, cleaning her house while listening to show tunes and listening to 60’s music, especially The Righteous Brothers and Peter, Paul & Mary.
She will be remembered for her love of family and friends, which she always enjoyed spending time with. She was kind, loving, laid back, patient and always made everyone feel that they were special. She was a beloved wife, mother, sister and friend. She was loved by many and will be deeply missed.
In lieu of flowers, memorial contributions may be made to the Spalding Council #427 Women’s Auxiliary or to the West Peoria Fire Protection District.


To send flowers to the family or plant a tree in memory of Patricia Ann Bulfer, please visit our floral store.

To send flowers to the family in memory of Patricia Bulfer, please visit our flower store.