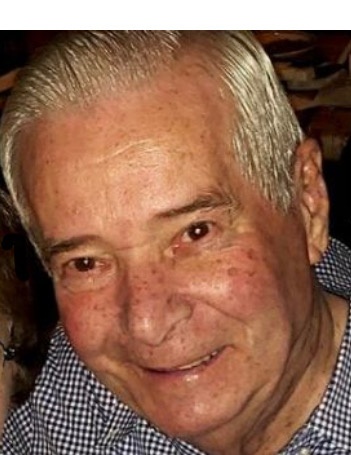 Parker LeRoy Hacker 93, of Peoria Heights passed away on December 12, 2020 at Richard L. Owens Hospice Home. He was born on September 21, 1927 in Peoria the son of Parker Roy and Helen Marie (Reempts) Hacker. Parker married Sandra Marlene Jacob on December 18, 1954 in Peoria. She preceded him in death on February 24, 2006.

He proudly served his country during the Korean War. Parker enlisted into the Marine Corps Reserve, U.S. Army and the U.S. Navy. Serving for a total of 7.5 years. Later he worked as an Stationary Engineer as well as a Business Agent for the INTL Union of Operating Engineers, Local 399 . He was also a police officer for Peoria Heights and Bartonville Police Departments and a Peoria County Deputy. Parker later served as a Director of Sales for the Proctor Endowment Home.

He was preceded in death by his parents, one brother Orville L. Hacker and one sister Edna A. Wiley.

Parker was a member of Richwoods Christian Church.  He was a 32nd Degree Mason with the Grandview Masonic Lodge.

A private family visitation will be held on Wednesday December 16, 2020 at Cumerford-Clary Funeral Home (428 W. McClure Ave). Funeral service will follow. Pastor Marty Hunt will officiate the service. Burial will take place at Springdale Cemetery in Peoria. Masks and Social Distancing guidelines will be followed during services.

Online tributes and condolences may be made at www.cumerfordclary.com. Memorial contributions in Parker’s honor may be directed to Richwoods Christian Church or St Jude’s Children’s Hospital.

To send flowers to the family or plant a tree in memory of Parker LeRoy Hacker, please visit our floral store.

To send flowers to the family in memory of Parker Hacker, please visit our flower store.