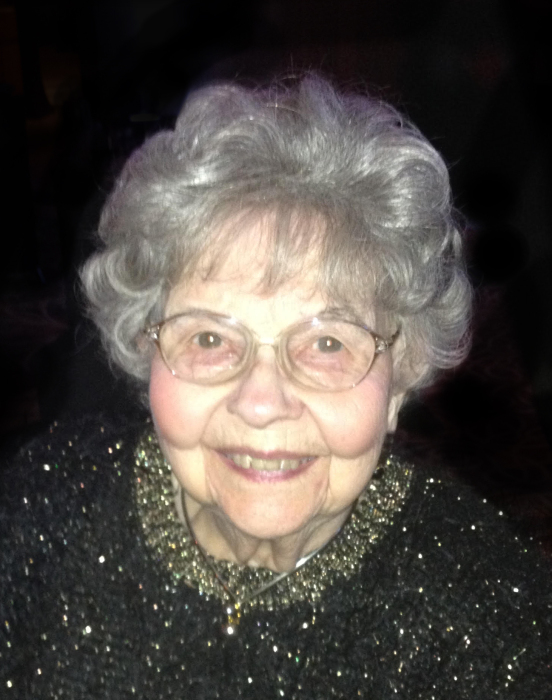 She was born May 1, 1923, in Duluth, Minn., the only child of Joseph and Emily (Brackett) Podesta. They later moved to Gurnee, Ill.

Mary married Kenneth B. Jermac in 1941. After 33 years of marriage, he passed away in 1992 at the age of 71. They both were graduates of Warren Township High School in Gurnee, Ill.

While living in Gurnee, Mary belonged to the Gurnee Community Church where she sang in their choir and taught Sunday School, faithfully. After the family moved to Peoria in 1961, she continued her love of Jesus by joining Grace Presbyterian Church in Peoria. She adorn their choir with her beautiful soprano voice. The last several years, she attended United Presbyterian Church in Peoria.

Mary was a loving Christian wife and mother. After her children were grown, she worked for Edith Guyette Fabrics (Interior Design). Then she became Steve and Marilyn Kohn's nanny for their two children, David and Lauren who grew up knowing how much their nanny loved them. The Kohn's treated her as part of their loving family for 30 years.

Mary enjoyed bowling at the Christian Center, donating her time at church, always lending a helping hand to all her family and friends. Her and Walt Miller had a caring relationship for 23 years until he passed at the age of 91.

Mary lived a long and healthy life until the Lord called her home. She will be deeply missed by all who loved her and that would be many.

A private family service will be held at Cumerford-Clary Funeral Home. Mary will be laid to rest in the Warren Township Cemetery in Gurnee, Ill.

Because of her love for animals, memorials may be made to The Peoria Humane Society. https://peoriahs.org/you-can-help/donate

To send flowers to the family or plant a tree in memory of Mary K. Jermac, please visit our floral store.

To send flowers to the family in memory of Mary Jermac, please visit our flower store.