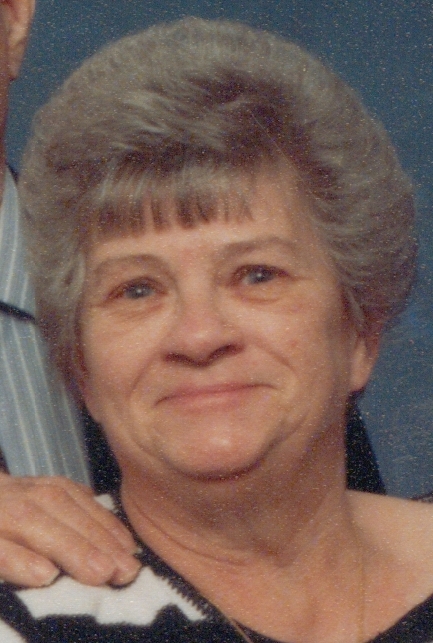 Marilyn E. Wood, 79, of Peoria, passed away at 8:23 p.m. on Thursday, April 24, 2014, at Methodist Medical Center in Peoria.
Mass of Christian Burial will be at 11 a.m. on Tuesday, April 29, 2014, at St. Thomas the Apostle Catholic Church in Peoria Heights, with Fr. Thomas E. Taylor as celebrant. Visitation will be from 5 to 7 p.m. on Monday, April 28, 2014, at Clary Funeral Home, 3004 West Lake Avenue in Peoria, with recitation of the Rosary at 7 p.m. Interment will be at St. Mary Cemetery in West Peoria.
Marilyn was born on April 10, 1935 in Peoria, the daughter of Hubert A. and Margaret E. (Edington) Kessinger. They preceded her in death, along with her daughter, Debbie S. Carlson; two infant grandsons; and a son in-law, Mike Wagner. She married William J. “Bill” Wood in Peoria on June 3, 1953. He survives.
She is also survived by her daughter, Karen A. Wagner of Peoria; brother, Hugh L. Kessinger of South Carolina; seven grandchildren; eight great grandchildren; and son in-law, Dan Carlson of Canton.
She was a parishioner of St. Thomas the Apostle Catholic Church and was a lifetime member of VFW Post 2602 Auxiliary, both in Peoria Heights.
Marilyn enjoyed shopping, swimming, watching the Chicago Cubs, going to church and collecting musical Christmas items. Her husband, children and grandchildren were the most important things in her life. She was full of love.
Memorial contributions may be made in Marilyn’s memory to St. Thomas the Apostle Catholic Church.


To send flowers to the family or plant a tree in memory of Marilyn Wood, please visit our floral store.