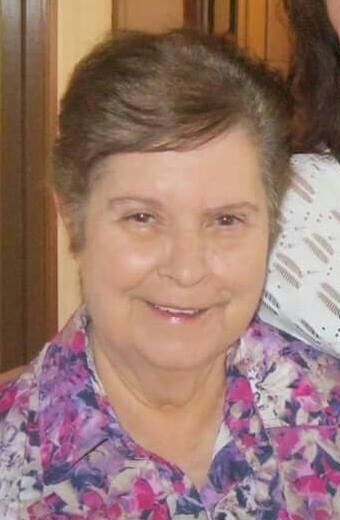 Marian J. “Mary” Whitby, 75, of Peoria Heights, passed away at 7:32 p.m. on Tuesday, June 7, 2016, at her home.
Funeral services will be at 4 p.m. on Saturday, June 11, 2016, at Clary Funeral Home, 3004 West Lake Avenue in Peoria, with Elder Jessie Artis officiating. Visitation will be two hours prior to the services at the funeral home. Following services, cremation rites will be accorded and inurnment will be at Swan Lake Memory Gardens in Peoria.
Mary was born on February 1, 1941 in Peoria, a daughter of Everett and Bessie (Johnson) Beard. They preceded her in death, along with one sister and a great granddaughter. She married Darrell D. Whitby on June 15, 1957.
She is survived by her daughters, Debbie (Kent) Benedict of West Burlington, IA, Terrie (Rich) Brown of Peoria and Sherri (John Kubitschek) Whitby of Bartonville; grandchildren, David Zeller, Nikki Zeller-McCullough, Hank and Jade Scrivens and Justin and Jared Vogel; five great grandchildren; one sister and one brother; cousin, who was like a brother, Fred (Terry) Huskey of Dalcon, GA; and her beloved dog, Truffles.
Mary was an Office Services Clerk at Caterpillar for over twenty-five years working in the Corporate AB Building, retiring in 2003. She was formerly a waitress at the Dixie Manor Café in Peoria.
Mary was the most loving grandmother anyone could be blessed to have and was fondly known as “Gram Cracker”, for her kindness and sweetness.
Memorial contributions may be made in Mary’s name to the American Heart Association.


To send flowers to the family or plant a tree in memory of Marian J. "Mary" Whitby, please visit our floral store.

To send flowers to the family in memory of Marian Whitby, please visit our flower store.