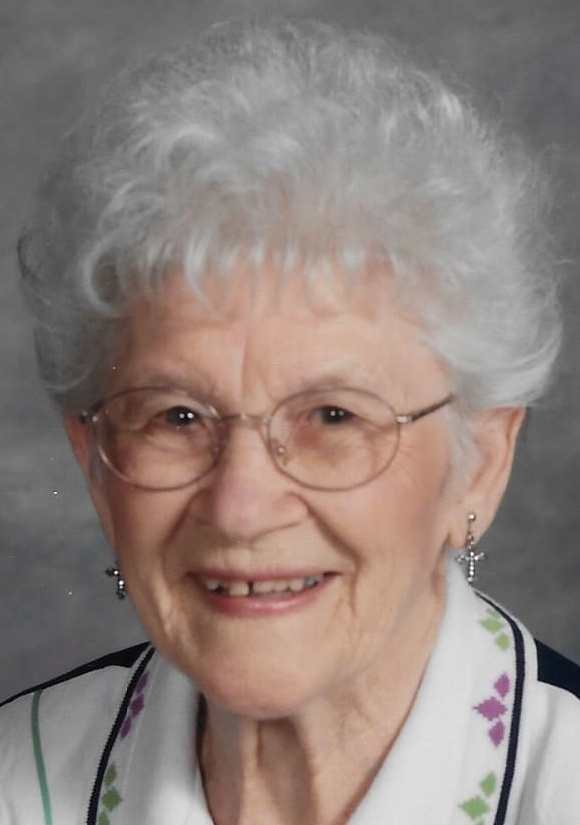 Margaret Eda Chamberlain, 95, of Peoria, passed away at 7:50 p.m. on Saturday, November 15, 2014, at Heddington Oaks in West Peoria.
She was born on November 5, 1919 in Germany, a daughter of Ernest and Marie (Priebe) Schroeder. She married Robert W. Chamberlain on June 8, 1940 in Pekin. He preceded her in death on December 12, 1974 in Peoria. She was also preceded in death by her parents, sister, Erna Kumpf, and a brother, William Schroeder.
Margaret is survived by her children, Robert A. Chamberlain of Peoria, Marian (Bill) Phelps of Dunlap, James (Lynn) Chamberlain of Downs, Patricia (Jim) Goulden of Peoria and Kenneth (Pam) Chamberlain of East Peoria; and several grandchildren, great grandchildren and great great grandchildren.
She was employed with District 150 in Peoria, working in the cafeteria at Kingman Primary School. She was also a homemaker and Avon Lady. She was a member of the former Parkview United Church of Christ in Peoria.
Margaret enjoyed playing bingo, fishing at Oak Run and riding the bus. She was a good mother and a great grandmother. She was always smiling and laughing.
Services will be private, with interment at Historic Springdale Cemetery in Peoria. Memorial contributions may be made to the Alzheimer’s Association – Central Illinois Chapter.
Funeral arrangements have been entrusted to Clary Funeral Home, 3004 West Lake Avenue, in Peoria.


To send flowers to the family or plant a tree in memory of Margaret Eda Chamberlain, please visit our floral store.

To send flowers to the family in memory of Margaret Chamberlain, please visit our flower store.