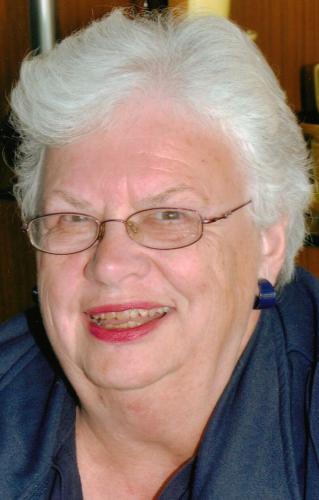 Judy A. Hultgren, 67, of Peoria, passed away at 4:24 p.m. on Friday, August 5, 2011, at Proctor Hospital in Peoria.
Funeral services will be at 11 a.m. on Monday, August 8, 2011, at Northminster Presbyterian Church in Peoria, with the Reverend Mike Shirey officiating. Visitation will be one-hour prior to services at the church. Interment will be at 1 p.m. on Tuesday, August 9, 2011, at Pleasant View Cemetery in Kewanee.
Judy was born in Kewanee on October 30, 1943, a daughter of Carrol “Gus” and Eugenia “Jean” (Krause) German. She was preceded in death by her father and brother, Gary German. She married Robert C. “Bob” Hultgren on January 31, 1965 in Kewanee. They were later divorced.
She is survived by her mother, Eugenia “Jean” German of Kewanee; son, Brian (Nichole) Hultgren of Brighton, CO; daughter, Karen Hultgren (Staven) Bruce of Minneapolis, MN; grandchildren, Grover, Adelaide and Finnegan Bruce; aunt, Maurine German of Kewanee; uncle, Dale German of Kewanee; and brother and sister-in-law, Allan and Lois Hultgren of East Peoria.
Judy was a member of Northminster Presbyterian Church in Peoria and was also employed with Northminster for the last fifteen years. She held several positions, but most enjoyed working for their Aftercare program.
She was formerly employed as a secretary for the Presbytery of Great Rivers in Peoria and as a special education teacher for Limestone Community High School in Bartonville. She was very patient and enjoyed her work with special needs children.
Judy was very active at Northminster, including their Presbyterian Women, Stephen’s Ministry, Angel’s Arms Ministry, Christianity on Caffeine, serving as a Sunday School Teacher, teaching Confirmation and formerly served as an Elder. She loved listening to hymns, especially “How Firm the Foundation”, Bible study and Sunday School. Her favorite book of the Bible was Leviticus.
She was a proud graduate of Galva High School’s Class of 1961. She earned her Bachelor of Arts degree from Illinois State University in Normal and also served as a volunteer for Special Olympics.
Judy remained close to her college friends through the Illinois State University Women’s Group: Judy Scranton, Emily Lewis, Elaine Dunbar, Nan Mains, Mary Ann Fugate, Ann Kamp, Joyce Long and Joann McRoberts. She always enjoyed their annual bed and breakfast weekend at New Salem and meeting for lunch throughout the year.
She enjoyed reading and had a passion for history, geography and the Classics, like Little House on the Prairie and Little Women. She never stopped learning. She collected Russian nesting dolls and anything from Sweden and England. She had always wanted travel to those countries.
Judy will most be remembered as a loving and devoted daughter, mother and grandmother.
Memorial contributions may be made in Judy’s memory to the Angel’s Arms Ministry at Northminster or Abilities Plus in Kewanee.
Funeral arrangements have been entrusted to Clary Funeral Home, 3004 West Lake Avenue in Peoria.


To send flowers to the family or plant a tree in memory of Judy Hultgren, please visit our floral store.