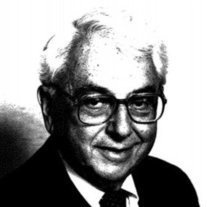 PEORIA - Joseph Z. Sudow, a community leader and noted attorney with more than seven decades of legal experience, formerly of Peoria, died Sunday, Sept. 9, 2012. He was 98.

Born April 15, 1914, in Sioux City, Iowa, to Sam and Sarah Sudow, Joe was raised in Aberdeen, S.D. Joe graduated from the University of Michigan in 1935 before going on to earn his Juris Doctor from Harvard Law School in 1938.

After practicing law in Chicago, Joe became the Peoria, Ill., District rationing attorney in 1943, where he worked to help provide government rations of gasoline and fuel oil during World War II. In 1945 he opened his own law practice in Peoria, and in 1950, served as supervisor of the U.S. Census for the 10th Congressional District in Illinois. Joe joined the law firm of Kavanagh, Scully, Sudow, White and Frederick LLP as a partner in 1958 and retired as Of Counsel in 2011 after his 97th birthday, when he and his wife Shirley moved to Washington, D.C.

Joe was active in community affairs, serving on the board of directors of various civic groups, including serving as vice president of the Greater Peoria Civic Association, president of both the Peoria Community Chest & Council and the United Fund of Greater Peoria. He was attorney and secretary of the Peoria Development Corporation from its inception in 1960 until its distribution to the city of Peoria. Joe was the recipient of an Honorary Alumnus Award from Bradley University.

Joe resided in Peoria, Ill., for over 60 years. He was a devoted husband, father, grandfather and great-grandfather, an ardent golfer and die-hard Michigan Wolverine fan.

Joe was predeceased by sisters, Dina Steinberg and Miriam Soboroff.

A private memorial was held in Washington, D.C. A celebration of Joe's life will be scheduled for the spring in Peoria.

Those wishing to share their thoughts and memories of Joe with the family are encouraged to write to Shirley Sudow, 5901 MacArthur Blvd., NW, Apt. 388, Washington, D.C., 20016; or by email via either [email protected] or [email protected].

In lieu of flowers, the family suggests contributions in Joe's memory be made to the Cystic Fibrosis Foundation, 6931 Arlington Road, Suite 200, Bethesda, MD 20814 or to Anshai Emeth Temple in Peoria, Ill.


To send flowers to the family or plant a tree in memory of Joseph Z. Suto, please visit our floral store.

To send flowers to the family in memory of Joseph Suto, please visit our flower store.