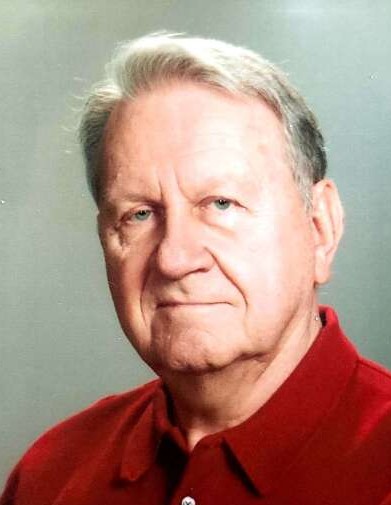 Joe worked for Caterpillar for 31 years, retiring as a Supervising Engineer in the Electronic Controls Section in 1994. He held several design patents for Caterpillar. He was also a Registered Professional Engineer in Illinois. Joe was a 3rd degree Member of Knights of Columbus #427 since 1965 and a charter member of IEEE Electrical Engineering Society. Joe was also very proud of being the Captain of the Joliet 1956 PONY League National Championship baseball team.

Joe was preceded in death by his parents, his son Joseph, Jr., his sister Elaine and her husband Ray, his nephew Ray Pleski, Jr., and his niece Michelle Zath.

He is survived by his beloved wife of 56 years, Carol, his adored children, Mark (Jamie) of El Segundo, California, and Laura Campbell (Chris) of West Hartford, Connecticut, two treasured grandchildren, Rowan and Serena, and his wonderful older brother, Carl (Patricia) Kozlevcar, as well as numerous nieces and nephews and their spouses.

Cremation rites have been entrusted to Cumerford-Clary Funeral Home of Peoria.  A memorial service will be held at a later date. Joe will be laid to rest in a Columbarium at Resurrection Cemetery and Mausoleum in Peoria.

Joe and Carol have been members of St. Vincent de Paul Parish in Peoria, Illinois, since 1968. Joe is now with Jesus Christ in the Kingdom of Heaven.

Online tributes and condolences may be made at www.cumerfordclary.com .
Memorial contributions may be made in Joe’s memory to the Illinois CancerCare Foundation or to St. Vincent de Paul Parish in Peoria. Joe was cared for by the cancer care team headed by Dr. Greg Gerstner, and previously by Dr. Joseph Banno. The cancer care in Peoria is second to none.

To send flowers to the family or plant a tree in memory of Joseph G Kozlevcar Sr., please visit our floral store.

To send flowers to the family in memory of Joseph Kozlevcar Sr., please visit our flower store.