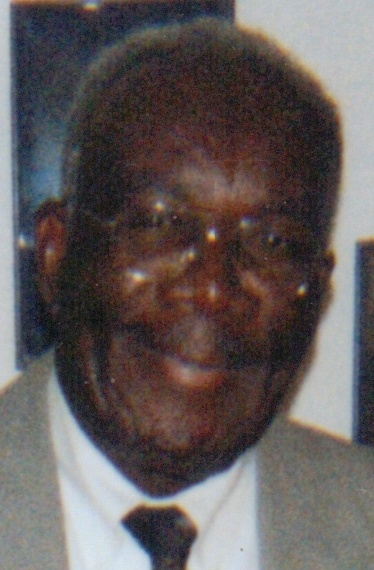 John “June” Lindsay, Jr., 84, of West Peoria, passed away at 4:17 a.m. on Wednesday, December 14, 2011, at Heartland Healthcare Center of Peoria.
Funeral services will be at 11 a.m. on Saturday, December 17, 2011, at Clary Funeral Home, 3004 West Lake Avenue in Peoria. Visitation will be one hour prior to services at the funeral home. Interment will be in Swan Lake Memory Gardens in Peoria.
John was born on January 24, 1927 in Red Springs, NC, a son of John and Nora (Townsend) Lindsay, Sr. He married Emma Lou “Goodie” (Mitchell) on July 25, 1948 in Dillon, SC. They were later divorced and she preceded him in death in 2003.
He was also preceded in death by his parents; two daughters, Mary Elizabeth “Puddin’” Campbell and Regina Lindsay; three great grandchildren; brother, Herbert Lee Lindsay; and his favorite cousin, whom he loved as a brother, John William Lindsay.
John is survived by his daughters, Elnora “Sis” Franklin of Peoria and Gloria “Glo L” Lindsay of West Peoria; God daughter and caregiver, Carnez Garner of Peoria; sister, Annie Ruth Aycox of Raleigh, NC; one niece; three nephews; many cousins; and a host of grandchildren, great grandchildren and great-great grandchildren, including his grandson and caregiver, W. Pietro Baker of Peoria.
He and his father farmed for many years in North Carolina. He went on to work for Curry Ice and Coal Company and later worked construction in Fayetteville, NC. In 1948, he followed his father to settle in Peoria.
John was employed by Hoffer Construction for many years and then by Otto Baum Company, Inc. of Morton for approximately twelve years. He would later work for the Peoria Housing Authority for nineteen years, until retirement in 1989.
He helped build and was an active member of the Pentecostal Church of Jesus Christ of Peoria.
John enjoyed gardening, planting vegetables and had a green-thumb; attending Senior World; shooting pool (he was the pool-shark at Senior World); watching boxing, especially Sonny Liston and Cassius Clay; and taking care of his lawn, while living with his daughter. He loved gospel music and most of all, he love the Lord.
He loved volunteering at his church, spending time with his cousin, Bill, attending family reunions and cleaning his cars.
John will be remembered as a humble, quiet, but observant man. He was the peacemaker, wise in his own right, hardworking, somewhat of a miser, funny and uplifting. He was a very strong person and a great provider, never failing to sacrifice for his family.
His family extends a very special thank you to Heartland Healthcare Center of Peoria and its employees for their wonderful care.


To send flowers to the family or plant a tree in memory of John Lindsay, please visit our floral store.