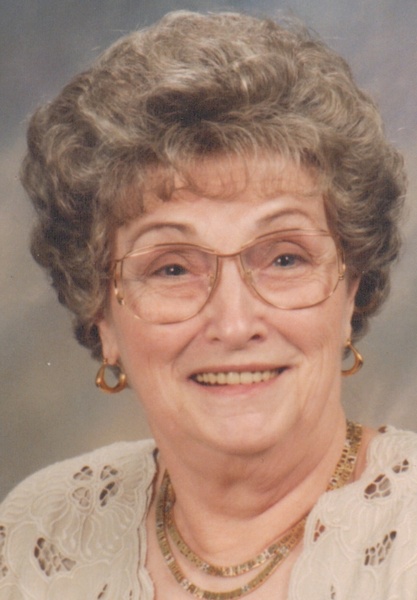 Joanne L. Horan, 82, of Peoria, passed away at 1:20 p.m. on Wednesday, November 30, 2011, at Bickford Cottage in Peoria.
A Mass of Christian Burial will be at 11 a.m. on Tuesday, December 6, 2011, at St. Thomas the Apostle Catholic Church in Peoria Heights, with Fr. Thomas E. Taylor as celebrant. Visitation will be from 4 to 8 p.m. on Monday, December 5, 2011, at St. Thomas. Entombment will be in Resurrection Mausoleum.
Joanne was born in Peoria on July 24, 1929, the daughter of Joseph M. and Lucille E. (Moehlenhof) Scurry. She married Thomas J. Horan in Peoria on September 11, 1948. He preceded her in death on May 2, 1982 in Peoria. She was also preceded in death by her parents and two brothers, Thomas W. and G. Michael Scurry.
She is survived by her sons, Stephen J. (Diana) Horan of Dunlap, James T. (Darlene) Horan of Frisco, TX and Timothy M. (Mary) Horan of Edwards; daughters, Susan P. (John) Arnholt of Peoria, Diane M. (Joseph) DeShields of Brea, CA and Kimberly A. Batton (and her fiancé, William Johnson) of Peoria; grandchildren, Colin, Michael (Shae), Patrick (Julie), Michelle, David, Christopher (Megan) and Brandi Horan, Jennifer (Rich) Luckie, Jill (Svrdan) Selimbegovic, Kelley (Craig) Lundy, Katie (Charles) Kim, Laura (Jeremy) Lee, Stephanie Farrell, Jacob, Matthew and Benjamin Batton and Samantha Nelson; several great grandchildren; and several step grandchildren and great grandchildren.
Joanne was a 1947 graduate of The Academy of Our Lady and loved her monthly meetings with her classmates.
After graduation, she began her career at Meyer Furnace in Peoria. She was co-owner of Horan & Company, until she became the sole owner in 1982, after Thomas’ death.
Together, they were the founders of Pioneer Industrial Park and developed five residential subdivisions. She served as past President and was “Boss of the Year” for the National Association of Women in Construction and received the Chamber of Commerce Award.
Joanne was a member of St. Thomas the Apostle Catholic Church in Peoria Heights and was active in Cursillo. She was a former member of St. Vincent de Paul and Holy Family Parishes.
She was a former Cub Scout Leader, Girl Scout Leader and enjoyed participating in the St. Vincent Bowling League and Pinochle Club.
Joanne enjoyed bowling, crafts, shopping, spending time with her family, chocolate soda, playing cards, traveling, going out to dinner, boating on the river or spending time on her front porch looking at the river.
She collected owls, nativity sets and precious moments. She liked listening to Christmas music and the Golden Oldies, especially Dean Martin and Mitch Miller.
Joanne especially enjoyed family gatherings and cheering on whatever team her children and grandchildren was playing on. She was loving to a fault.
Memorial contributions may be made in Joanne’s memory to the Alzheimer’s Association Central Illinois Chapter or to St. Thomas Church.
Funeral arrangements have been entrusted to Clary Funeral Home, 3004 W. Lake Avenue in Peoria.


To send flowers to the family or plant a tree in memory of Joanne Horan, please visit our floral store.