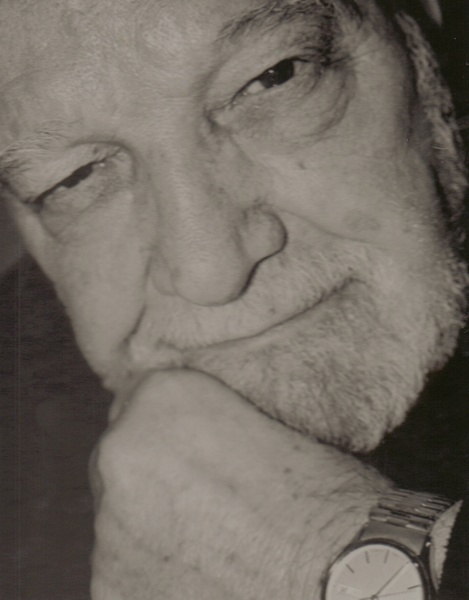 Jerry L. Mahan, 83, of Peoria, passed away at 6:35 p.m. on Friday, May 2, 2014, at his home.
He was born on January 23, 1931in Stockland, the son of William R. and Virgie A. (Kimble) Mahan. They preceded him in death, along with a brother, Randy Mahan, and brother in-law, Milt Serd. He married Virginia R. “Ginny” Serd on February 20, 1960 in Danville. She survives.
Jerry is also survived by his children, Cynthia (Loren) Benson of Lake Camelot, David (Michelle) Mahan of Indianola, Michael (Janice) Mahan of Peoria and Kim (Joe) Goodman of Creve Coeur; brother, Jim (Shirley) Mahan of Watseka; sister, Tukie (John) Sever of Boynton Beach, FL; brothers in-law, Jim (Norma) Serd of Oakwood and Leo (Sherry) Serd Jr. of Georgetown; sister in-law, Pauline (Jack) Downes of Champaign; twelve grandchildren; seventeen great grandchildren; and sixteen nieces and nephews.
He was fondly known as “Pop” or “Grandpa” to all of his family. He greatly loved and was extremely proud of his children, grandchildren and great grandchildren.
Jerry lived his life with laughter and generosity. He was never hesitant to help family, associates and even strangers in their times of need.
Throughout the years of his life, he worked in various sales positions as well as owning and operating several businesses. His first business, Holiday Auto Sales in Danville, began his love for selling cars. It was also the place where he met the love of his life, Ginny. Several years later, they moved to Peoria and opened the first area office for Bullock Garages.
In the years to follow, Jerry continued working in other sales positions and was successful in real estate for several years in the Peoria area, always continuing to sell cars on the side. He also owned Alexander Construction Company.
He was an avid sports fan and enjoyed watching most sports, especially football. He admired all athletes, but his favorites were Michael Jordan and Tiger Woods. He especially enjoyed it when he joined with his close friends in making wagers on games. The wagers were a great motivator for him in the time of his illness, thank you Kidder, Bart & Jerry!
Jerry enjoyed hours of playing Texas Hold’Em and Gin Rummy with family and friends. He also enjoyed traveling, fine dining and good scotch.
His legacy of joy, generosity and love will be remembered and carried on by all of those who knew and loved him. Thank You, Pop!
Jerry often said when asked about gifts, “All I want is peace and quiet. Give me peace and I’ll be quiet”. May you now find peace in the arms of our Lord!
The family would like to thank Cindy, Beth and all of the staff with Safe Haven Hospice in Lincoln for their care, thoughtfulness and sensitivity, during their time of need.
Jerry converted to Catholicism in 1987 and was a parishioner of Sacred Heart Church in Peoria.
Private services and interment will be at Resurrection Cemetery in Peoria, with the Franciscan Friars officiating.
In lieu of flowers, memorial contributions may be made to Sophie’s Kitchen at St. Joseph Catholic Church or Teen Challenge of Peoria.
Funeral arrangements have been entrusted to Clary Funeral Home, 3004 West Lake Avenue, in Peoria.


To send flowers to the family or plant a tree in memory of Jerry Mahan, please visit our floral store.