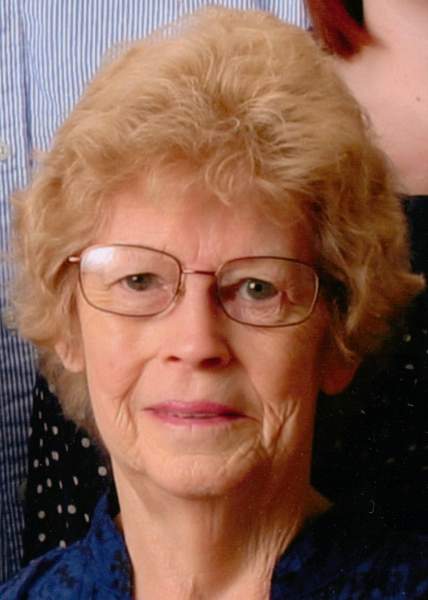 Janet Carol Hays Peasley, 79, of Peoria, passed away at 8:55 a.m. on Tuesday, August 21, 2012, at Methodist Medical Center in Peoria.
Funeral services will be at 10 a.m. on Thursday, August 23, 2012, at Richwoods Christian Church, 8115 North Knoxville Avenue in Peoria. Visitation will be from 5 to 8 p.m. on Wednesday, August 22, 2012, also at the church. Interment will be at Swan Lake Memory Gardens in Peoria.
Janet was born in Minier on August 8, 1933, a daughter of George and Anna (Fiecke) Hays. She married James D. Peasley on April 11, 1952 in Minier. He preceded her in death on March 28, 2010, in Peoria. She was also preceded in death by her parents; brothers, Raymond and Lauren Hays; and sister, Mary Bennett.
She is survived by her two daughters, Lorna (Steve) Maxwell of Katy, TX and Alisa (Steve) Robb of Peoria; grandchildren, Joshua Robb of Farmington, Emilie (Jason) Rains of Fremont, IN, Ashley Robb of Peoria, Philip (Caroline) Maxwell of Fairbanks, AK and Lorisa Maxwell of Katy; and great grandchildren, Jayden Robb, Abigale Robb, Kaitlyn Robb, Malaki Robb, Ty Jackson Rains, Addison Rains and Haley Maxwell.
Janet enjoyed working at OSF St. Francis Medical Center in Peoria in the Cardiac Rehab Department and she enjoyed International travels with her close friends.
She was a founding member, along with her husband, of Richwoods Christian Church. She was the Choir Director and Sunday School Teacher. She and her husband were also forwarding agents for missionaries Bob and Mary Marsh, in Peru, South America.
Janet’s life reflected the love of Christ and her deep faith in His saving grace.
Memorial contributions may be made in Janet’s memory to Richwoods Christian Church in Peoria, Lincoln Christian University in Lincoln or Little Galilee Christian Assembly in Clinton.
Funeral arrangements have been entrusted to Clary Funeral Home, 3004 West Lake Avenue in Peoria.


To send flowers to the family or plant a tree in memory of Janet Peasley, please visit our floral store.