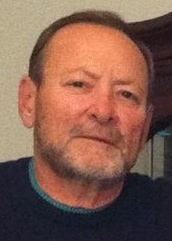 James Anthony "Luke" Lucas, Jr., DDS, 68, of Edwards, passed away at 7:45 p.m. on Friday, May 30, 2014, at Methodist Medical Center in Peoria.
He was born on March 18, 1946 in Chicago, a son of James Anthony and Winifred (Baker) Lucas. They preceded him in death. He was also preceded in death by a stepson, Tim Waddell. He married Darlene L. Suntken on March 7, 1987 in Peoria. She survives.
James is also survived by his stepdaughter, Cathy S. (John) Plouzek of Peoria; stepson, Dan J. Waddell of Burlington, IA; sisters, Barbara J. (Paul) Lenburg of Lakeview Terrace, CA and Winifred J. Lucas of Porter Ranch, CA; brothers, John E. (Delinda) Lucas of Bloomingdale, Mark J. (Julie) Lucas of Gurnee and Michael D. Lucas of Houston.
In 1964, he graduated high school from the Spalding Institute in Peoria. He earned his Bachelor of Science degree in 1968, from the University of Illinois, and graduated from the Loyola School of Dentistry in 1972. He was a dentist in East Peoria, practicing from 1972 until his retirement in 2012.
James was enlisted in the U.S. Army Reserves from August 4, 1972, until June 28, 1974, when he was honorably discharged as a Captain. He enjoyed fishing, hunting and billiards.
A celebration of his life will be held at a later date. A private interment, with military honors, will be at Camp Butler National Cemetery in Springfield.
In lieu of flowers, memorial contributions may be made to the American Cancer Society’s Road to Recovery Program in Peoria.
Funeral arrangements have been entrusted with Clary Funeral Home, 3004 West Lake Avenue, in Peoria.


To send flowers to the family or plant a tree in memory of James Lucas, please visit our floral store.