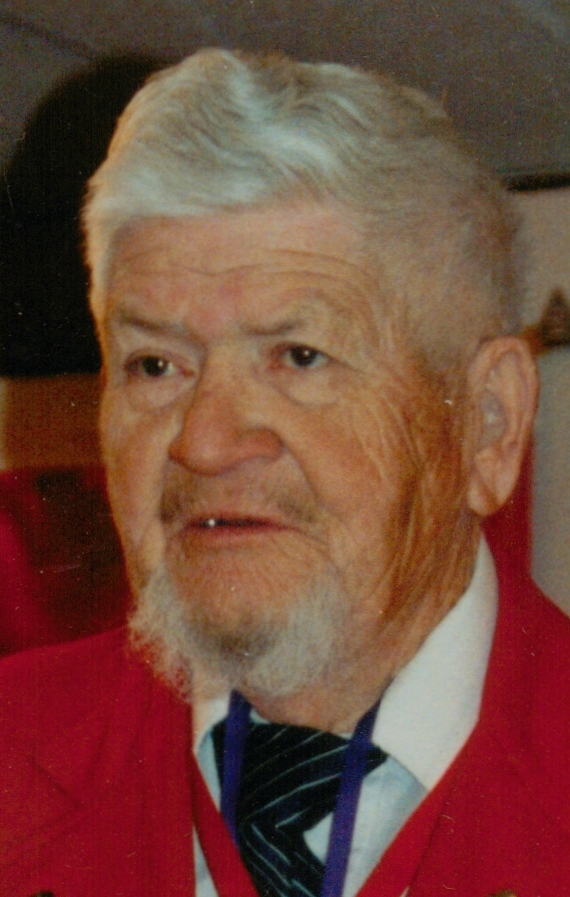 Herman Carl Palow, Jr., 91, of Peoria, passed away at 11 p.m. on Sunday, February 16, 2014, at Heartland Health Care Center of Peoria.
Masonic Rites will be at 7 p.m. on Friday, February 21, 2014, at Clary Funeral Home, 3004 West Lake Avenue, in Peoria. Visitation will be from 5 to 7 p.m. on Friday, two hours prior to services. Interment will be in Plattville.
Herman was born on March 8, 1922 in Ralls, MO, a son of Herman C. Palow, Sr. and Phoebe Anna (VanCleve) Palow. They preceded him in death, along with one brother, two sisters and one niece.
He is survived by his nieces, Mary Yarbourgh of South Bend, IN and Mary Erickson of Tempe, AZ; nephews, Roy and Russell Erickson of Prescott, AZ and Joe Wierschem of Minneapolis, MN; and four great nieces.
Herman graduated from Manual High School in Peoria. He was a U.S. Army World War II veteran, serving as a medic in both the American and the European Theatre of Operations. He earned the European-African Middle Eastern Campaign Medal, the American Campaign Medal, the World War II Victory Medal and a member of the American Legion Post 1040 in Perry.
He was a Life Member and Past Master of Schiller Masonic Lodge 335 A.F. & A.M. in Peoria Heights, Life Member of the Scottish Rite Valley of Peoria and Mohammed Shrine Temple. He was Past Commander of the York Rite and an honorary member of many Masonic Lodges all over the country.
Herman was also a member of the Peoria Area Woodworkers, Order of Amaranth, Abbas Grotto 969 of East Peoria, Odd Fellows 44 in Farmington, Sword of Bunker Hill Black River Order #103 in Lesterville, MO and Worthy Chief of the Universal Craftsmen Council of Engineers.
He retired, after over thirty years of service, as a machinist for Caterpillar’s East Peoria facility.
Memorial contributions may be made in Herman’s memory to Shriners Hospitals for Children.


To send flowers to the family or plant a tree in memory of Herman Carl Palow, Jr., please visit our floral store.

To send flowers to the family in memory of Herman Palow, Jr., please visit our flower store.