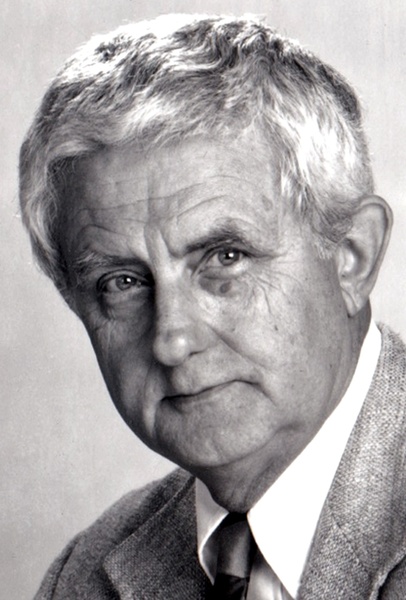 Harold V. “Hal” Fraley, 83, of East Peoria, passed away at 6:35 a.m. on Saturday, December 22, 2012, at Heartland Health Care Center in Henry.
A memorial visitation will be from 3 to 5 p.m. on Sunday, December 30, 2012, at Clary Funeral Home, 3004 West Lake Avenue, in Peoria.
Hal was born on November 19, 1929 in Champaign, a son of Harold D. and Zelma (Steele) Fraley. He married Marilyn T. Thomas in Peoria on June 14, 1956. She preceded him in death on December 18, 2008 in Peoria. He was also preceded in death by his parents. He is survived by his daughter, Lynn (Barry Moore) Fraley of Boise, ID.
Remembered by long-time friends as a witty conversationalist, Hal loved to debate the "hot button" topics, blending his wide knowledge of history with the news of the day.
A thorough and skilled writer, he could also strike up a conversation with anyone; two skills ideal for a reporter at the Peoria Journal Star in the late 1950's. His love and respect of solid journalism never faded. A career switch to the sales promotion department of Caterpillar, allowed him to incorporate his love of travel into his workday routine.
During more than 20 years with Caterpillar, he travelled to hundreds of construction jobsites throughout the western US to document the big yellow machines at work and help Caterpillar dealerships communicate product benefits and services to customers.  Hal delighted in driving down blue highways and back roads, crisscrossing western mountains, deserts and coastlines. It became a passion he shared with his family, during memorable summer vacations. Later, he devoted the same enthusiasm for meeting people, learning and traveling to the southeastern United States as his Caterpillar territory shifted.
When at home in East Peoria, nothing pleased him more than planting the area around his house with trees, shrubs, rose beds, and masses of colorful flowers. Each Mother's Day weekend, he festooned the trees near the front deck with hanging baskets overflowing with blooms.
Baby trees were a special weakness. The family property is edged by pine trees which were first brought into the home as live Christmas trees. It was a constant temptation for him to collect acorns, nuts and seeds, and then nurture them to become vigorous saplings. The maple tree that shades his daughter's Boise, Idaho, home was given to her by Hal. Now, some 40 feet tall, the tiny twig of a sapling travelled to Idaho on a plane, in the overhead bin.  An airline attendant commented on the lovely bouquet of autumn leaves... no, actually it was an entire tree.
In later years, when winter weather set in he retreated to his downstairs workspace to paint landscapes. Hal's love of the outdoors dated back to boyhood summers along the Illinois River, near Havana. When talking about his childhood, he made hard times sound idyllic, reminiscences of adventures with friends had a decidedly Tom Sawyer flavor.
This spirit of adventure and patriotic duty stood him in good stead during his military service with the Second Infantry Division, Army, in Japan and Korea. He continued service as Captain Artillery USAR.
In lieu of flowers, the family encourages memorial contributions be made in Hal’s memory to the Central Illinois Agency on Aging in Peoria.


To send flowers to the family or plant a tree in memory of Harold Fraley, please visit our floral store.