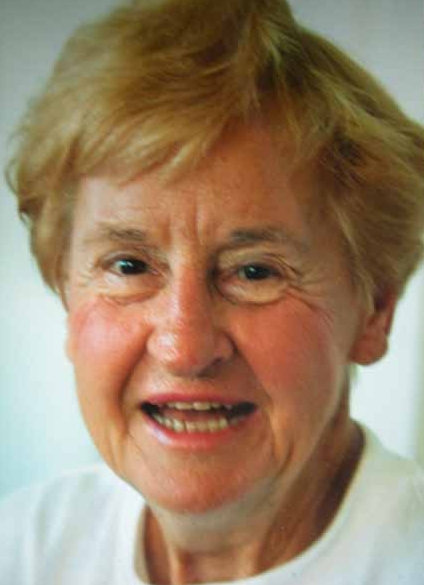 Geraldine Anderson, 96, of Peoria, passed away at 1:34 p.m. on Saturday, August 3, 2013, at her home.
Memorial services will be at 11 a.m. on Saturday, September 28, 2013, at Northminster Presbyterian Church, 10720 N. Knoxville in Peoria, with the Rev. Anna Saxon officiating.  An additional memorial service will be held in Fort Myers Beach, FL, at a later date.
Geraldine was born July 22, 1917, on the family farm near Delavan to Laurence and Ada (Youle) Alexander. She married Lyman B. Jennings, at the family farm, on December 21, 1938. He passed away in 1956. On February 18, 1972 she married Charles W. Anderson in Peoria. He passed away in 2004.
She is survived by her sister, Lois Jost of Phoenix, AZ; her three children, Lyman Jennings (Lois Laudenslager) of Ormond Beach, FL, Mary Ann Allin of Washington, DC and David (Pamela) Jennings of Schaumburg; nine grandchildren; and eleven great-grandchildren.
A 1935 graduate of Delavan High School, she moved to Peoria in 1935 to attend Nursing School at St. Francis Hospital, becoming a registered nurse in 1938. She took a break from nursing, when her children were born, but returned to work as a private duty nurse in the 1950’s. In the late 1950’s, she began working in Dr. John Canterbury’s private office. That practice was acquired by Dr. Robert Stine in 1965 and she worked there, until her retirement in 1979.
In Peoria, she was an active member of the I.V.Y. Club, which she and her family joined in 1954. She was a member of Westminster Presbyterian Church and later transferred her membership to Northminster Presbyterian Church. Since 1982, she has divided her time between Peoria and Fort Myers Beach, where she was a long-time resident of Port Carlos Cove and a member of the Chapel-by-the-Sea congregation.
Throughout her life, Geraldine was an enthusiastic bridge player and a devoted nurse, volunteering at hospice care facilities in the Fort Myers area and taking care of friends and family members. She had a passionate interest in gardening and cooking, and she actively managed the Alexander family farm in Tazewell County, which she inherited from her parents.
In lieu of flowers, memorial contributions may be made in her memory to Hope Hospice, 9470 Healthpark Circle, Fort Myers, FL 33908.
Funeral arrangements have been entrusted to Clary Funeral Home, 3004 West Lake Avenue, in Peoria.

To send flowers to the family or plant a tree in memory of Geraldine W. Anderson, please visit our floral store.

To send flowers to the family in memory of Geraldine Anderson, please visit our flower store.