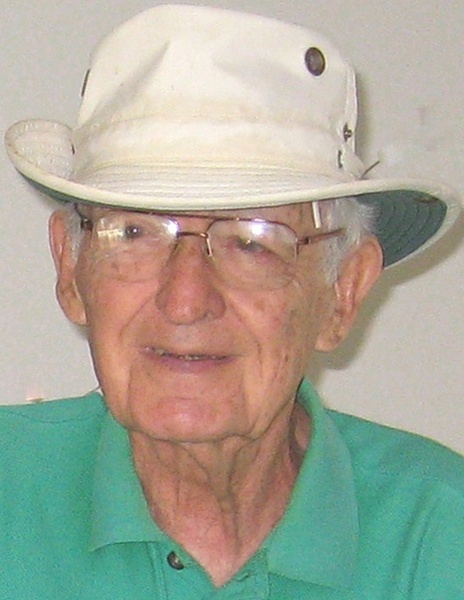 George K. Hooper, 94, of Peoria, formerly of Austin, TX, passed away at 4:05 a.m. on Thursday, January 24, 2013, at OSF St. Clare Home in Peoria Heights.
George was born on January 18, 1919 in Daytona Beach, FL, the son of George H. and Mabel A. (Kingsley) Hooper. He married M. Christina “Chris” Domenichello on December 5, 1946 in Hollywood, FL. She preceded him in death on December 13, 2010 in Peoria Heights.
He is survived by his daughters, Betty (Joe) Melvin of Deming, NM, Kitty (Roy) Massey of Austin, TX and Sandy (Bob) Weinstein of Peoria; grandchildren, Jessica, Dan, Steve, Mike, Jeff, Paul, Amy and Georgia; fifteen great grandchildren; and two great-great grandchildren.
George was a U.S. Army World War II veteran, honorably discharged on October 29, 1945. He served as a cartographer in Hawaii and Guam, with Company B of the 64 th Engineer Battalion.
He was employed with Steck Printing Company and Wallace Engraving, both in Austin, TX.
George enjoyed reading, playing chess on his computer and working in his yard, tending to his roses. His family is proud of him for the way he took care of his wife, Chris, after she developed Alzheimer’s.
Private services will be held for the family. Memorial contributions may be made in George’s memory to the Alzheimer’s Association Central Illinois Chapter.
Funeral arrangements have been entrusted to Clary Funeral Home, 3004 West Lake Avenue, in Peoria.


To send flowers to the family or plant a tree in memory of George Hooper, please visit our floral store.