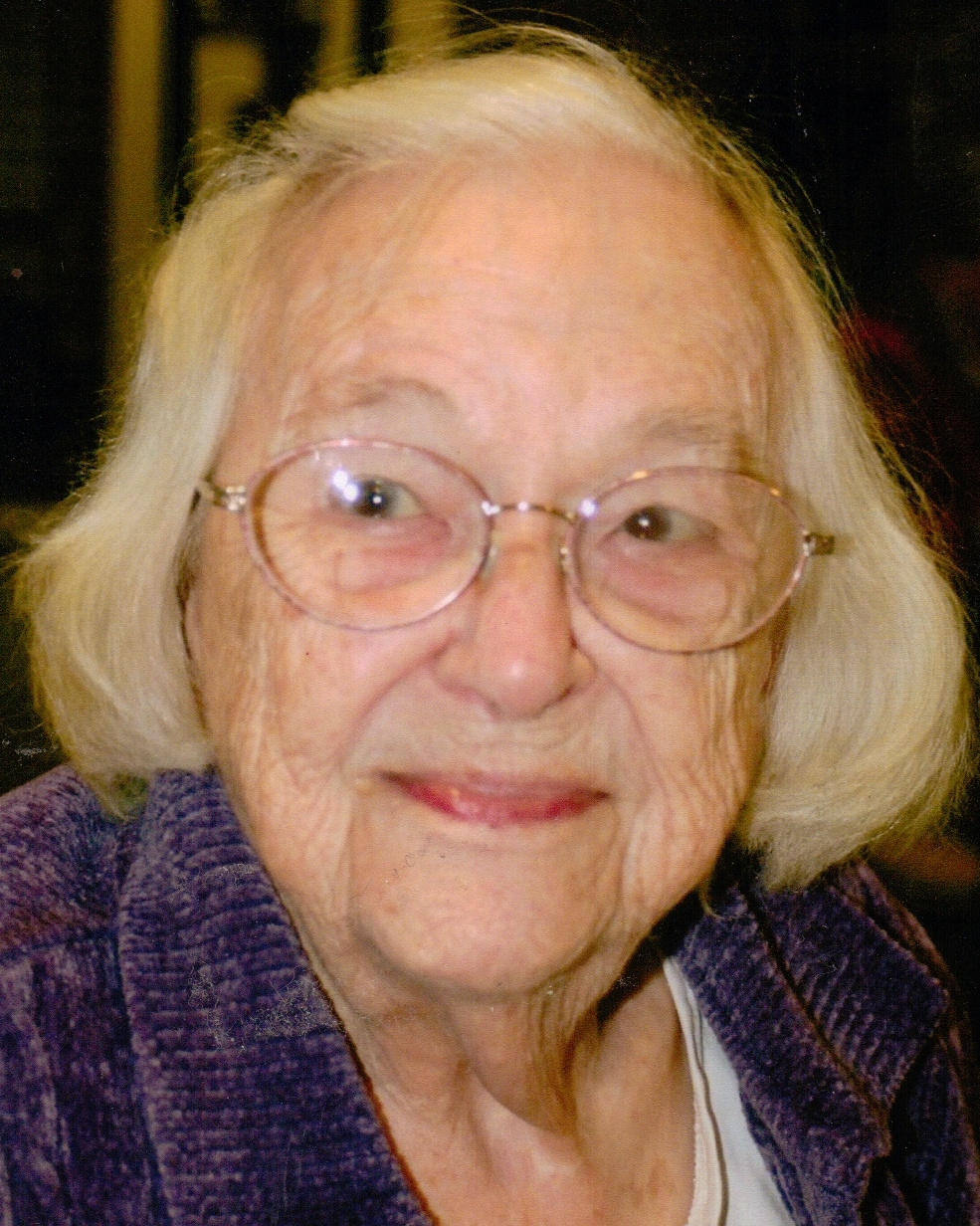 Faun Green, 101, of Lutheran Hillside Village in Peoria, formerly of East Peoria, passed away at 4:06 p.m. on Monday, August 25, 2014, at the OSF Richard L. Owens Hospice Home in Peoria.
Mrs. Green was a member of St. Paul’s Episcopal Cathedral in Peoria, where her funeral Mass will be held at 10:30 a.m. on Thursday, August 28, 2014, with The Reverends Canon James Clement, Canon Ralph Stanwise and Pastor Paul Park officiating. Visitation will be one hour prior to the Mass at St. Paul’s. Interment will be at Swan Lake Memory Gardens in Peoria.
She was born on September 29, 1912 in Peoria, the daughter of Harry and Pansy G. (Walton) Swaby. She married William A. “Bill” Green on January 4, 1933 in Peoria. He preceded her in death on February 25, 1999 in Peoria. She was also preceded in death by her parents; brother, Cyrus Swaby; and two daughters, Joyce Spurgeon and Nancy Abrams.
Mrs. Green is survived by her son, Jerome “Jerry” (Nancy) Green of Tremont; daughters, Mary Ann (Tim) Fagerburg of Jackson, MS and Angela (Becky Mohn) Green of Peoria; ten grandchildren; 23 great grandchildren; and 5 great great grandchildren, with another on the way.
She was a librarian for Fondulac District Library in East Peoria, through the 1960s and into the late 1970s. She was a member of the St. Martha’s Guild at St. Paul’s Episcopal Cathedral.
Memorial contributions may be made to St. Paul’s Episcopal Cathedral, Lutheran Hillside Village or the OSF Richard L. Owens Hospice Home.
Funeral arrangements have been entrusted to Clary Funeral Home, 3004 West Lake Avenue, in Peoria.


To send flowers to the family or plant a tree in memory of Faun Green, please visit our floral store.