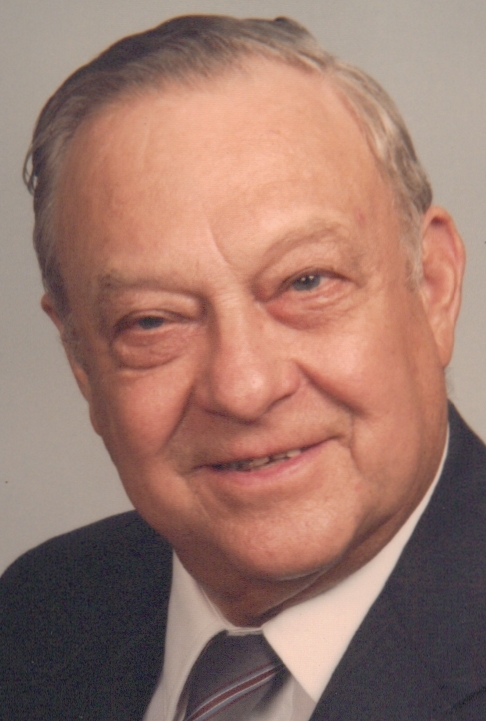 Eric Raymond Manuel, 98, of Peoria, passed away at 9:55 a.m. on Friday, July 6, 2012, at Bel-Wood Nursing Home in Peoria.
Funeral services will be at 2 p.m. on Tuesday, July 10, 2012, at Clary Funeral Home, 3004 West Lake Avenue in Peoria, with the Reverend Dr. Randall Saxon officiating. Visitation will be one hour prior to services at the funeral home. Interment will be in Pleasant Grove Cemetery in Eden.
Eric was born in Eden on April 18, 1914, the son of Alfred and Edith (Kimzey) Manuel. He married Irene M. Harding on November 23, 1973 in Peoria. She preceded him in death on March 19, 2002. He was also preceded in death by his parents and one sister, Francis Manuel. He was formerly married to Evelyn Grubb, the mother of his children.
He is survived by his daughters, Marilyn (Bill) Goetze of Edgewater, FL and Janice (Hank) Garlish of Farmington; son, Mike (Becky) Manuel of Mapleton; sister, Virginia Thomas of Elmwood; stepdaughter, Janey Couillard of Bloomington, IN; stepson, John (Jenny) Harding of Arlington Heights; grandchildren, Todd Goetze, Kathy Donath, Keith Garlish, Kirt Manuel and Dena Manuel Swift; nine great grandchildren; five step great grandchildren; and two great-great grandchildren.
Eric was raised in Eden and was a graduate of Manual High School in Peoria. He was formerly employed as a machinist at Northern Pump Co. in Minneapolis, during World War II. He was also formerly employed at Caterpillar Inc. in Peoria as a machinist and apprentice. He retired from Hyster Lift Trucks in Peoria, as a Tool Designer, in 1979. After his retirement, he was employed for several years with Ace Hardware on Knoxville Avenue in Peoria.
He lived life to the fullest and liked to talk about all of the changes he had seen throughout his lifetime. As a young man, he was a member of the Civilian Conservation Corps that was part of Franklin D. Roosevelt’s New Deal, during the 1930’s.
Eric was always a tinkerer and well known for his passion for tools. If there was ever a new tool made, he had owned it at sometime in his life.
He was a licensed airplane pilot and even started building his own airplane. He was a lifetime member of the Experimental Aircraft Association Illinois Valley Chapter 563 and enjoyed many years of going to Oshkosh with his many EAA friends.
Eric’s passion for life was spent camping, boating, carpentry, scuba diving, model airplane building, Go-kart building and racing and going to auctions. He was a member of United Presbyterian Church of Peoria, an active leader of Boy Scouts of America Pack 51 in Hanna City and had a passion to preserve old Pleasant Grove Schoolhouse in Eden, where he and many of his family attended school.
He was able to live in his own home to the age of 97, until his health no longer made that possible. He will be missed, but remembered, by keeping the story of the life he lived and the stories he told alive for many generations.
Memorial contributions may be made in Eric’s memory to Pleasant Grove Cemetery or United Presbyterian Church of Peoria.


To send flowers to the family or plant a tree in memory of Eric Manuel, please visit our floral store.