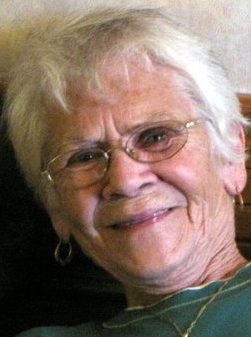 Elta Leone Young, 80, of Peoria Heights, passed away at 11:42 p.m. on Sunday, February 2, 2014, at Fondulac Rehabilitation and Health Care Center in East Peoria.
Memorial services will be at noon on Saturday, February 15, 2014, at Clary Funeral Home, 3004 West Lake Avenue in Peoria, with Pastor H.B. “Sunny” Mooney officiating. Visitation will be one hour prior to services at the funeral home.
Elta was born on March 18, 1933 in London, KY, a daughter of Walter and Sudie (Johnson) Whitson. She married John Conlin in 1954 and was married for over twenty years, then she married Keith Young on May 22, 1982 in Williamsfield. He preceded her in death in 1985 in Williamsfield. She was also preceded in death by her parents; son, Mitchell Conlin; and one brother, Audley Whitson.
She is survived by her son, Michael Conlin; daughter, Karen (Bob) Camper; three grandchildren; six great grandchildren; and siblings, J.R. Whitson, Jackie (Bill Ed) White, Julie Headford, Georgia (Jerry) Windland, Janice (Marty) Firmand and Cleda Eddy.
Elta was a sorter, for thirty-two years, for International Paper Factory in Peoria, retiring in 1990. She was a member of Dayton Avenue Baptist Church in Peoria.
Memorial contributions may be made to Dayton Avenue Baptist Church in Peoria.


To send flowers to the family or plant a tree in memory of Elta Leone Young, please visit our floral store.

To send flowers to the family in memory of Elta Young, please visit our flower store.