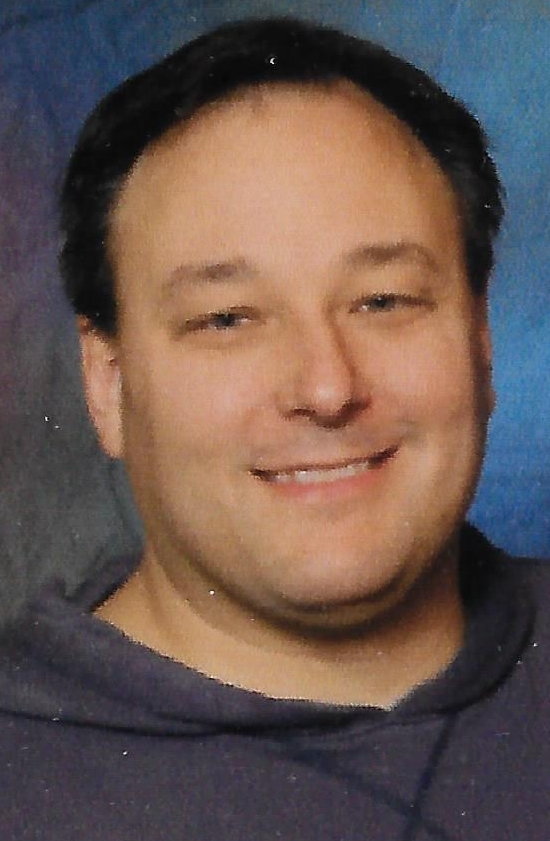 David Allen Tomlianovich, 48, of Peoria, passed away at 12:45 p.m. on Monday, March 7, 2016, at OSF St. Francis Medical Center in Peoria.
Mass of Christian Burial will be at 11 a.m. on Tuesday, March 15, 2016, at St. Thomas the Apostle Catholic Church in Peoria Heights, with Monsignor Jason A. Gray as celebrant. Visitation will be from 5 to 8 p.m. on Monday, March 14, 2016, at St. Thomas, concluding with a Vigil Prayer Service. Additional visitation will be one hour prior to the Mass at St. Thomas on Tuesday. Interment will be at Resurrection Cemetery in Peoria.
David was born on April 26, 1967 in Peoria, a son of Louis Mark and Pamela Marie (Holzinger) Tomlianovich. He married Tami Kay Lefler on August 17, 1996 at St. Thomas. He was preceded in death by his grandparents and one brother, Peter.
He is survived by his wife, Tami of Peoria; children, Taylor Grace, Jordan David and Justin Allen, all at home; parents, Louis and Pamela of Peoria; brothers, Matthew (Jennifer) of East Peoria and Phillip of Bartonville; sisters, Suzanne (Chuck) Meismer of Peoria and Lori (Jimmy) Henehan of Bellflower; brothers in-law, John (Kendra) Lefler of Glen Allen, VA and George Lefler of El Paso; sisters in-law, Tiffany Lefler of Normal and Hannah Lefler of Toluca; and eleven nieces and nephews.
David was a parishioner of St. Thomas the Apostle Catholic Church in Peoria Heights and was raised at St. Anthony Catholic Church in Bartonville.
He graduated from Limestone Community High School in 1985. He earned his Bachelor of Arts in Radio and Television from Southern Illinois University at Carbondale in 1989, with honors.
David was currently a Video Production Specialist at OSF St. Francis Healthcare. He was formerly employed at WMBD 31, where he served as Creative Services Director, Promotion Manager, Director of Commercial Production and Commercial Writer and Producer. He began his career at WGLO, where he served as a Production Director and Copywriter.
He was recognized nearly seventy times for his creativity, including several Illinois Broadcasters Association Silver Dome and Adam Awards.
David was a modest man, who loved God and his family, above all things in life. He was a very talented, hardworking man. He spent his free time in the love of his family, watching them grow. He touched the lives of all he met, with his kindness and sense of humor.
In lieu of flowers, memorial contributions may be made to the Tomlianovich Children’s Education Fund at CEFCU.
Funeral arrangements have been entrusted to Clary Funeral Home, 3004 West Lake Avenue, in Peoria.


To send flowers to the family or plant a tree in memory of David Tomlianovich, please visit our floral store.