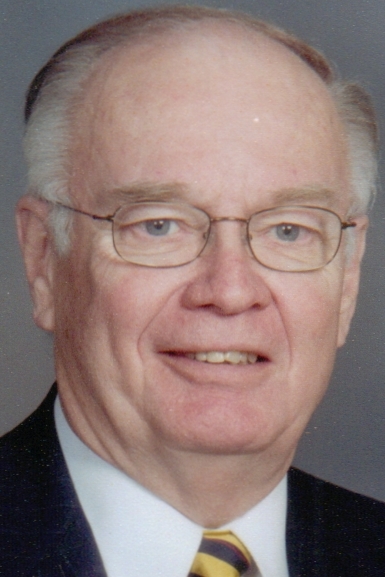 Cletus R. Swanson, 81, of Peoria, passed away at 9:50 a.m. on Monday, December 26, 2011, at Heartland Healthcare Center of Peoria.
Funeral services will be at 10 a.m. on Saturday, December 31, 2011, at All Saints Greek Orthodox Church in Peoria, with Father John Sardis officiating. Visitation will be from 5 to 7 p.m. on Friday, December 30, 2011, at Clary Funeral Home, 3004 West Lake Avenue in Peoria. Interment will be in Alexis Cemetery in Alexis.
Cletus was born in North Henderson on October 29, 1930, a son of Robert and Irene (Gebhardt) Swanson. They preceded him in death. He was also preceded in death by his sisters, Doris Spence and Carolyn Potts.
He is survived by his son, Darmon Swanson of Bartonville; sisters, Bertha Dublo of Alexis, Pauline Brown of Galesburg and Barbara Rogers of Lewistown; granddaughter, Lauren Swanson of Bartonville; and former wife, Jeanne Birbiles Swanson of Bartonville.
After graduating from Alexis High School, Cletus enlisted in the U.S. Air Force and served with the 3565 th Air Craft Observer Training Group. As a Korean War veteran, he earned the National Defense Service Medal and the Good Conduct Medal.
After his honorable discharge in 1955, he was employed for eighteen years at the Hotel Peré Marquette in Peoria. He started as a bellboy and was the assistant manager, when he resigned from the Peré.
Cletus retired in 2001, after twenty-seven years of service with Caterpillar, Inc. He was employed at both the East Peoria and Mossville facilities and last worked as an inspector. After his retirement, he worked part-time at Tuesday Morning in Peoria.
He was a member of All Saints Greek Orthodox Church and volunteered during the re-election campaign of Aaron Schock.
Memorial contributions may be made in Cletus’ memory to All Saints Greek Orthodox Church.


To send flowers to the family or plant a tree in memory of Cletus Swanson, please visit our floral store.