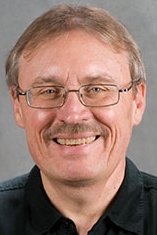 Dr. Christopher John “Chris” Rybak, 63, of Peoria, formerly of East St. Louis, passed away at 4:56 p.m. on Saturday, November 5, 2016, at his home, surrounded by his family.
He was born on October 12, 1953, in St. Louis, a son of Peter and Helen (Poludniak) Rybak. They preceded him in death. He married Nancy J. Phillips on July 28, 1979 in Springfield. She survives.
Chris had a deep love for his family, which included his wife and his siblings, Leonard (Constance) Rybak of Springfield, Gregory (Catherine) Rybak of Edwardsville, Richard (Brenda) Rybak of West Palins, MO, Nancy (Lowell) Leonard of Ft. Lauderdale, FL and Thomas (Anne) Rybak of Richmond, VA. He had many friends and enjoyed spending time with them and he cared for his two dogs, Tally Ho and Charlie.
He graduated from Assumption High School in East St. Louis and advanced his education, receiving his Doctorate in Educational Psychology/Counselor Education from Southern Illinois University in Carbondale.
Since 1993, Chris served as a Professor in the Department of Leadership in Education, Nonprofits & Counseling at Bradley University, serving as the Chair of the Department from 2004 to 2015 and taught in the Counseling Graduate program. He enjoyed hosting Bradley guest speakers, teachers, professors and dignitaries. He received the Fulbright Award in 2002, 2009 and 2015, studying twice in India and once in Nepal. He felt very privileged to have met with the Dalai Lama.
He was a member of the Universalist Unitarian Church in Peoria. He was concerned about all animals, even befriending a street dog in India and improving his life, before he returned to the United States. He felt a kinship with Native Americans and served on the council of Seven Circles Heritage Center in Edwards.
He touched many lives with his wisdom, caring, love and quiet, steady leadership. He is known nationally and internationally for integrating holistic approaches of Western, Eastern and indigenous mental health treatment practices in counseling. He was also known for his work in counseling diverse populations, as well as his coauthored textbook.
Chris’ love of travel and interests in other cultures took him to many countries around the world, including China, Spain, Thailand, Australia, New Zealand, Canada and Japan.
He will be greatly missed by all who knew him.
A Memorial Mass will be at 10 a.m. on Tuesday, November 29, 2016, at Holy Family Parish in Peoria, with the Franciscan Friars celebrating the Mass. Following the Mass, a luncheon will be at 12:30 p.m. at The Universalist Unitarian Church in Peoria, with a visitation from 1 to 2 p.m. followed by a Memorial Service at 2 p.m., with the Rev. Michael W. Brown officiating.
Memorial contributions may be made in Chris’ name to the Siteman Cancer Center, the Dr. Christopher Rybak Scholarship Fund at the Bradley University Development Office or to the Bradley University Library Book Fund.
Funeral arrangements have been entrusted to Clary Funeral Home, 3004 West Lake Avenue, in Peoria.


To send flowers to the family or plant a tree in memory of Christopher Rybak, please visit our floral store.