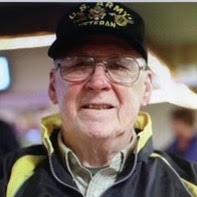 Charles Lewis Meischner 84, of Metamora, formerly of Peoria passed away on Friday July 30, 2021 at Unitypoint Health Methodist Medical Center. He was born on January 24, 1937 to the late Walter and Hazel (Carter) Meischner. He married Gisela Belzner in 1960 in Goppingen, Germany. She preceded him in death on September 23, 2012.

He graduated from Manuel High School in Peoria, IL. After graduation he joined the U.S. Army where he served from 1957-1961 in the 4th Armored Division. Charles later worked for Caterpillar as a machinist at the Tech Center.

He was preceded in death by his parents and wife.

Visitation will be held on Friday August 13, 2021 at Cumerford Clary Funeral Home from 11am to 12pm. Funeral service at 12pm. Pastor Bill Henry will officiate the service. Masonic and military rites will be accorded at the service. Burial will follow at Swan Lake Memorial Gardens.

Online tributes and condolences may be made at www.cumerfordclary.com. Memorial contributions in Charles’s honor may be directed to the Shriner’s Children’s Hospital.

To send flowers to the family or plant a tree in memory of Charles Lewis Meischner, please visit our floral store.

To send flowers to the family in memory of Charles Meischner, please visit our flower store.