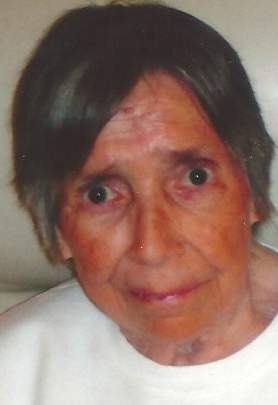 Betty Joe Ann Kinsey, 86, of Peoria, passed away at 2:15 a.m. on Sunday, December 30, 2012, at Rosewood Care Center in Peoria.
Funeral services will be at 1 p.m. on Friday, January 4, 2013, at Clary Funeral Home, 3004 West Lake Avenue, with Pastor Scot M. Shelburne officiating. Visitation will be one hour prior to services at the funeral home. Interment will be at Parkview Cemetery.
Betty was born in Mattoon on February 7, 1926, a daughter of Ashley Franklin and Eunice Belle (Cathcart) Johnston. She married Herbert Franklin “Frank” Kinsey on August 23, 1942 in St. Charles, MO. He preceded her in death on March 23, 1973 in Peoria. She was also preceded in death by her parents; siblings, Trueman Armon Johnston, Charles Andrew Johnston, Maggie Lee Owens, Norma Jean Figgins and Lillian May Johnston.
She is survived by her daughters, Vicki Joanne Waddell of Phoenix, AZ, Jacqueline Yvonne (Carl) Frisbie of Belding, MI and Shelley (Stephen) Adams of Peoria; son, John Herbert Kinsey of Peoria; eight grandchildren; several great grandchildren; half siblings, Margrett Louise Johnston and Robert Lee Johnston, both of Coles County.
Betty had to quit school, during the depression, to work and help support her family. One of her proudest accomplishments was when she earned her GED and Associates Degree in Library Science from ICC, while in her 50’s.
Memorial contributions may be made in Betty’s memory to the Alzheimer’s Central Illinois Chapter.


To send flowers to the family or plant a tree in memory of Betty Kinsey, please visit our floral store.