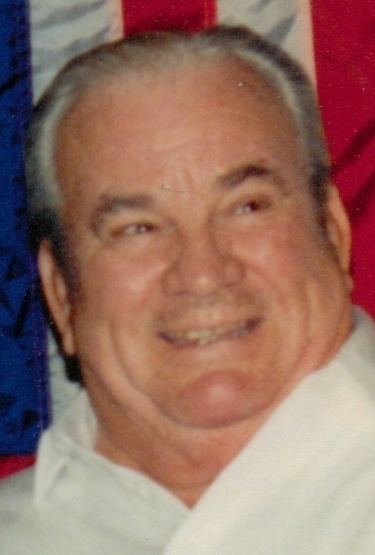 Arthur P. “Art” Walker, 91, of Peoria, passed away at 6:38 p.m. on Wednesday, June 27, 2012, at Morton Villa Care Center.
Funeral services will be at 11 a.m. on Monday, July 2, 2012, at Clary Funeral Home, 3004 West Lake Avenue in Peoria, with Chaplain Ron Little officiating. Visitation will be one hour prior to services at the funeral home. Interment will be at Parkview Cemetery in Peoria, with Funeral Honors by the United States Army and the Tazewell Military Rites Team.
Art was born in Bartonville on March 29, 1921, a son of Perry and Florence (Pickle) Walker. They preceded him in death, along with two sisters; Fran Whitehurst and Louise Mayberry; brother, Ray Walker; and one grandson, Jason Buskirk.
He married Teresa J. (Kelch) Johnson on August 11, 1971 in Pekin. She survives.
Art is also survived by his daughters, Patricia (Don) Harmison of Peoria and Kathy Williamson of Manito; son, Michael (Trisha) Walker of Hanna City; stepdaughter, Pennie (Steve) Schachtrup of Peoria; stepson, Willard “Chip” (Patty) Johnson of Peoria Heights; sixteen grandchildren; sixteen great grandchildren; and one great great granddaughter.
He served his country as a U.S. Army World War II veteran, in the battles of Naples-Foggia, Rome-Arno, Southern France, Rhineland and Central Europe. He earned the Victory Medal, European African Middle Eastern Theatre Ribbon with one Silver Battle Star, Bronze Service Arrowhead, four Overseas Service Bars, one Service Stripe, the Good Conduct Medal and the Bronze Star Medal. He was honorably discharged on November 1, 1945.
Art enjoyed working and after he returned from the war, he was a truck driver for Jefferies Trucking and, until 1968, the owner of the Reservoir Tap on War Memorial Drive. He was a heavy equipment operator for Midwest Foundation and retired at the age of 80 in 2001. He was their first crane operator and loved the guys at Midwest.
He was a member of the Peoria Heights VFW Post 2602, Bartonville American Legion Post 979, Peoria AMVETS Post 64 and was a proud Licensed Tug Boat Operator for Midwest Foundation.
Art enjoyed vacationing with his wife, going to garage sales, collecting eagle statues and spending time with his family. He will be remembered as a hardworking, personable man, that didn’t have an enemy.
The family would like to extend a special thank you to their Harbor Light Hospice team of Jodi, Beth and Jennie. They would also like to thank the staff of Morton Villa Care center for their nurturing care and endless support.
Memorial contributions may be made in Art’s memory to St. Jude Midwest Affiliate.


To send flowers to the family or plant a tree in memory of Arthur Perry Walker, please visit our floral store.

To send flowers to the family in memory of Arthur Walker, please visit our flower store.