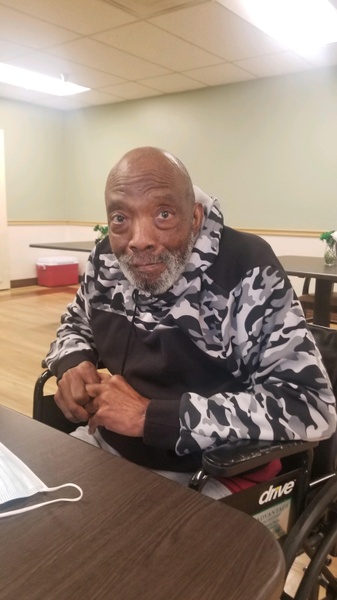 Arthur Dixson Sr. 79, of Peoria, formerly of Colorado, passed away on Friday June 10, 2022 at Accolade Healthcare of Peoria. He was born on September 21, 1942 in Inverness, Mississippi. The son of Sampson (Sam) and Bethenia (Woods) Dixson.

The family moved to Peoria and were members of Pleasant Grove Missionary Baptist Church, where Arthur accepted Jesus Christ.  He graduated from Manuel High School Class of 1960. Arthur loves helping family and people in the neighborhood at anytime.  He enjoyed cooking and eating.  As a past time, he loved watching sports and playing basketball with his kids.

Arthur was employed doing a catering business in Denver Colorado.  While living in Peoria Illinois, Arthur worked at  Common Place, Caterpillar and Sears.

A memorial visitation will be held on Wednesday June 22, 2022 from 2pm to 3pm at Cumerford-Clary Funeral Home. Burial of cremated remains will take place on Thursday June 23, 2022 at 11am at Springdale Cemetery.

Online tributes and condolences may be made at www.cumerfordclary.com.

To send flowers to the family in memory of Arthur Dixson Sr., please visit our flower store.