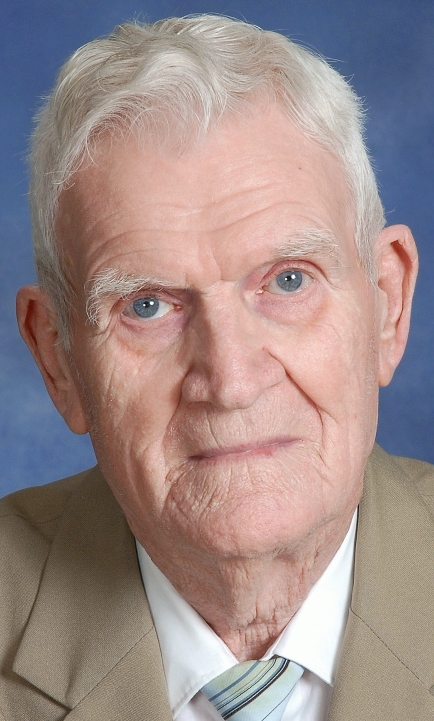 Aaron Boyd Ishmael, 93, of Morton, passed away at 9:15 a.m. on Wednesday, October 30, 2013, at his home.
Funeral services will be at 2 p.m. on Monday, November 4, 2013, at First United Methodist Church in East Peoria, with the Reverend Mary Arnold officiating. Visitation will be one hour prior to services at the church. Interment will be at Smithville Cemetery.
Boyd was born on June 20, 1920 in Stonington, a son of Bruce D. and Maude (Hinton) Ishmael. He married Ersel D. Fritz on June 21, 1941 in Pekin. She preceded him in death on January 17, 2010. He was also preceded in death by his parents; daughter, E. Marie Johnson; and brothers, Rex, Lyle and Homer.
He is survived by his son, Robert B. (LuAnn) Ishmael of Coal City; four grandchildren; and six great grandchildren.
Boyd graduated from Hillsboro Community High School and moved to Peoria in 1938. He was a U.S. Navy World War II veteran, serving in the Pacific Theatre. He retired from Caterpillar, as a Staff Engineer in the Planning Department.
He was an active member of First United Methodist Church, for over fifty years, where he served on several committees. He enjoyed hunting, fishing, farming and gardening.
Memorial contributions may be made in Boyd’s memory to the First United Methodist Church in East Peoria.
Funeral arrangements have been entrusted to Clary Funeral Home, 3004 West Lake Avenue, in Peoria.


To send flowers to the family or plant a tree in memory of Aaron Ishmael, please visit our floral store.