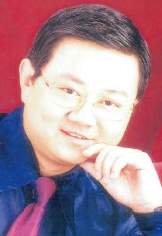 Wei Li, 40, of Peoria, passed away at 8:03 p.m. on Friday, July 11, 2014, at his residence.
Funeral services will be at 9 a.m. on Saturday, July 19, 2014, at Clary Funeral Home, 3004 West Lake Avenue, in Peoria. Interment will be at Swan Lake Memory Gardens in Peoria. The family will receive friends, following the service.
Wei was born on December 3, 1973 in Luoyang, China, a son of Shiyong Li and Bing Han. His mother preceded him in death. He married Xinyan Chen on September 5, 2002 in Harbin. She survives.
He is also survived by his children, Alexander and Margaret Li, both at home; father, Shiyong Li of Peoria; and brother, Yan Li of China.
Wei was an Engineering Specialist for Caterpillar, at their Mossville facility. He was formerly employed as an engineer for Cummins in Columbus, IN. He was a member of the Peoria Chinese Association.
Memorial contributions may be made to the Li Children’s Memorial Fund at PNC Bank in Peoria.


To send flowers to the family or plant a tree in memory of Wei Li, please visit our floral store.