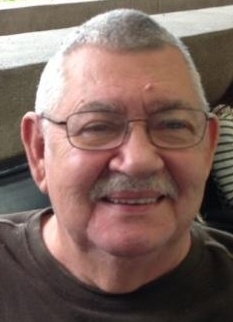 Victor J. “Vic” Butkovich, 76, of Peoria, passed away at 3 a.m. on Friday, January 25, 2013, at OSF St. Francis Medical Center in Peoria.
Memorial services will be at 6 p.m. on Monday, January 28, 2013, at Clary Funeral Home, 3004 West Lake Avenue in Peoria, with visitation one hour prior to services at the funeral home.
Vic was born on January 7, 1937 in Brimfield, a son of Victor Joseph and Evelyn Doris (Despines) Butkovich Strauss. They preceded him in death. He married Sharon Jean (Camp) Kapraun on June 23, 1979 in Peoria. She survives.
He is also survived by his children, Michelle (Kent) Chastain of Hannibal, MO, Jennifer Kapraun of Winchester, VA, Richard (Amy) Kapraun of Dunlap and Douglas (Amy) Butkovich of East Lyme, CT; grandchildren, Kelsey and Jacob Chastain, Kyle, Dylan and Tyler Kapraun and Amanda Butkovich; and brother, John “Bo” Butkovich of Sacramento, CA.
Vic was a U.S. Army veteran, serving for April 21, 1955 through March 28, 1958.
He retired in 1997, after forty-one years of service, as a craftsman for Wahlfeld’s Manufacturing in Peoria. After his retirement, he was employed as an usher at the Peoria Civic Center. He was also a member of the Frank N. Nicol Masonic Lodge 1170 in Creve Coeur.
Vic enjoyed attending his grandchildren’s activities, woodworking, traveling the United States, playing board games and playing games on his I-Pad. He was an avid fan of the Chicago Bears and the Chicago Cubs.
Memorial contributions may be made in Vic’s memory to the Juvenile Diabetes Research Foundation.


To send flowers to the family or plant a tree in memory of Victor Butkovich, please visit our floral store.