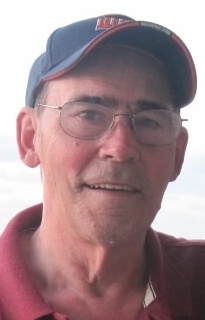 Richard D. “Dick” Gordon, 68, of South Pekin, passed away at 11:07 p.m. on Wednesday, March 14, 2012, at home.
Memorial services will be at 1 p.m. on Saturday, March 31, 2012, at Clary Funeral Home, 3004 West Lake Avenue in Peoria. Visitation will be one hour prior to services at the funeral home.
Richard was born in Pekin on October 6, 1943, a son of David and Velma J. (Houston) Logan. They preceded him in death. He married Frankie A. Matthews on September 22, 1961 in Pekin. She survives.
He is also survived by his son, Duane Gordon of South Pekin; daughter, Dana (Mike) Hall of Rockford; grandchildren, Michael Hall and his fiancé Kelli Kerkhoff of Rockford, Samantha Hall of Manchester, MO and Richard “Rick” (Kyla) Gordon of Tremont; great grandchildren, Kaydence and Kindell Gordon of Tremont; and brother, Jack (Rose) Gordon of Elsberry, MO.
Richard was a mail carrier at the Pekin Post Office for thirty-five years, retiring in 2000. After his retirement, he was employed as a janitor with Aramark Janitorial Services, working at Wilson Intermediate School in Pekin.
He was of the Methodist faith, a member of Moose Lodge 916 in Pekin and volunteered for the annual Post Office Food Drives.
Richard was an avid sports enthusiast and enjoyed reading, watching television and action movies, spending time outdoors, fishing, camping and traveling, especially with his family.
He laughed a lot, was fun loving and easygoing, but was very decisive and knew exactly what he wanted in life and his world views. Most importantly, he was a dedicated husband, father and grandfather.
Memorial contributions may be made in Richard’s memory to the American Cancer Society’s Road to Recovery Program in Peoria.
Richard’s Memorial Website and online condolences may be accessed at www.ClaryFunerals.com.


To send flowers to the family or plant a tree in memory of Richard Gordon, please visit our floral store.