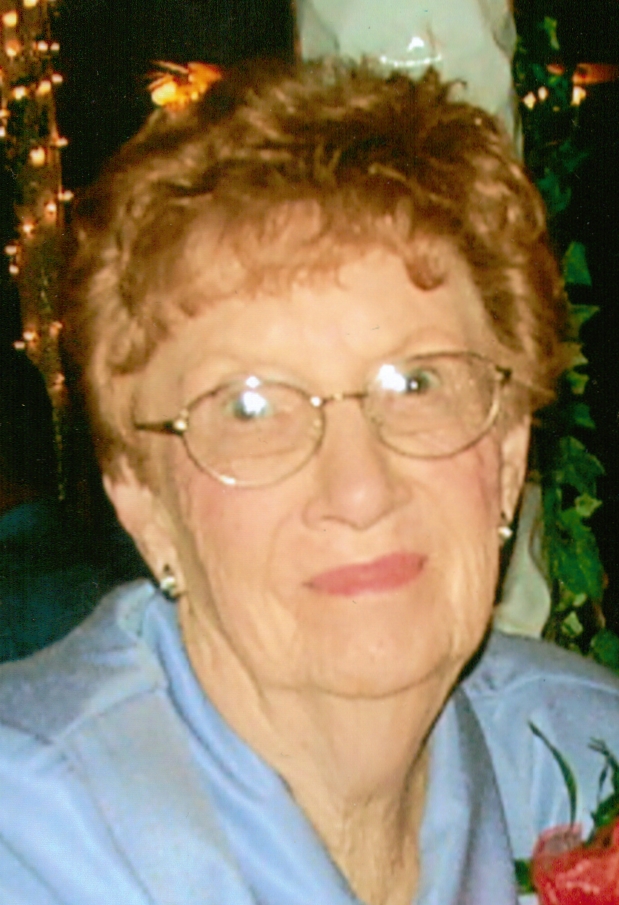 Marilyn J. Roedell, 87, of Peoria, passed away at 6:20 a.m. on Tuesday, April 22, 2014, at the OSF Richard L. Owens Hospice Home in Peoria.
A memorial Mass will be at 10:30 a.m. on Saturday, April 26, 2014, at St. Thomas the Apostle Catholic Church in Peoria Heights, with Fr. Thomas E. Taylor and Monsignor William A. Watson concelebrating the Mass. Visitation will be at church from 9 a.m. to 10:30 a.m. on Saturday, prior to the Mass. A private interment will be held at a later date at St. Mary Cemetery in West Peoria.
Marilyn was born on January 13, 1927 in Peoria, a daughter of Francis F. and Mary L. Bobeck. They preceded her in death, along with a grandson; two sisters, Pauline Noirot and Frances Patton; and a brother, James Bobeck.
She is survived by her children, Mary Theresa Roedell of East Peoria, Richard M. (JoAnn) Roedell of East Peoria and Helen Quitschau of Peoria; sister, Suzanne M. Draher of Peoria; nine grandchildren; and seventeen great grandchildren.
Marilyn was a parishioner at St. Thomas the Apostle Catholic Church in Peoria Heights and was active in Cursillo, Peoria County Democrats and Woodruff High School Alumni Board. She founded, with the Peoria Diocese in 1977, the Divorced Catholics Group.
She earned her Master of Criminal Justice from Sangamon State University in 1987 and her Bachelor of Social Work from the University of Illinois.
Marilyn founded and was the Director of the Witness Information Service in the mid 1980s for the Peoria County States Attorney. She was formerly employed as a Crisis Counselor at OSF St. Francis Medical Center Emergency Room for three years and was a Social Worker for Catholic Social Services. On May 16, 1979, she was sworn in as the first female Deputy of the Peoria County Coroner’s Office.
She enjoyed playing poker, planting flowers and spending time with her family, especially at birthday and holiday celebrations. She had compassion for others and gave unconditional love.
In lieu of flowers, memorial contributions may be made in her memory to The Parkinson Alliance.
Funeral arrangements have been entrusted to Clary Funeral Home, 3004 West Lake Avenue, in Peoria.


To send flowers to the family or plant a tree in memory of Marilyn Roedell, please visit our floral store.