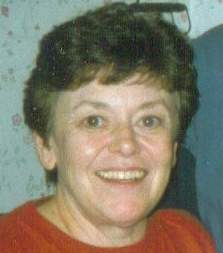 Margo M. Wilson, 69, of Peoria passed away at 9:10 a.m. on Tuesday, April 24, 2012, at her home, after a prolonged and courageous battle with cancer.
Mass of Christian Burial will be at 1 p.m. on Friday, April 27, 2012, at St. Vincent de Paul Parish in Peoria, with The Reverend Don Henderson as celebrant. Interment will be at Resurrection Cemetery in Peoria. Visitation will be from 6 to 8 p.m. on Thursday, April 26, 2012, at Clary Funeral Home, 3004 West Lake Avenue, in Peoria.
Margo was born on January 16, 1943 in Peoria to Leonard “Pat” and Veronica (Kelly) Vachon. She married Harry Wilson on July 19, 1969 in Peoria. She was preceded in death by her parents and her sister, M. Leonce Cushing.
She is survived by her loving husband Harry; three sons, Michael (Elizabeth) of Waukesha, WI, Patrick of Bloomington and Thomas of Peoria; daughter, Meghan (Robert) Moore of Peoria; six grandchildren,  Matthew, Stephanie, Peter and Lucy Wilson and Brendan and Maggie Moore. She is also survived by her sister, Rosalie Harrington of Prescott, AZ; and several nieces and nephews.
Margo graduated from Academy of Our Lady in 1961 and Fontbonne University in St. Louis in 1965. She worked with special needs children in District 150, before taking time to raise her family. She returned to work as a speech pathologist with Head Start, where she worked until retirement.
She was a parishioner of St. Vincent de Paul Parish, where she volunteered extensively at both the church and school.
Margo was an avid fan of Bradley Women’s Basketball, attending as many games possible, both at home and on the road. She loved spending time with her family and friends.
The Wilsons would like to thank Fr. Don Henderson, Margo's extended family and friends, physicians and their staff, OSF Hospice and ERS Staffing & Healthcare Services for their care and support.
Memorial contributions may be made in Margo’s memory to the Memorial Sloan-Kettering Cancer Center in New York.


To send flowers to the family or plant a tree in memory of Margo Wilson, please visit our floral store.