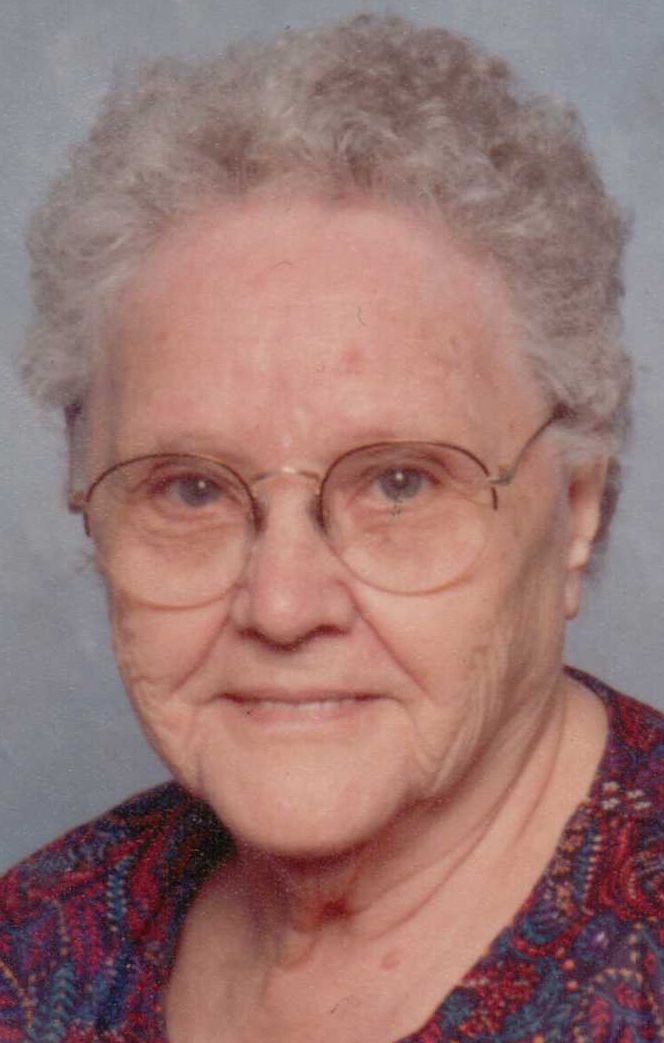 Goldie R. Ford, 96, of Peoria, passed away at 3:30 a.m. on Thursday, April 28, 2011, at Methodist Medical Center in Peoria.
Funeral services will be at 11 a.m. on Saturday, April 30, 2011, at Clary Funeral Home, 428 West McClure Avenue in Peoria, with Pastor Sammy Waller officiating. Visitation will be from 5 to 7 p.m. on Friday, April 29, 2011, at the funeral home and one-hour prior to services on Saturday. Interment will be in Maryville Cemetery in Bryant.
Goldie was born in Peoria on June 23, 1914, a daughter of Jacob and Sarah P. (Decker) Weber. She married Ralph R. Ford in July of 1937 in Palmyra, MO. He preceded her in death in March of 1965.
She was also preceded in death by her parents; son, Ralph O. Ford; daughter, Bonita Ford; stepdaughters, Dorothy Grznich and Joyce Ford; stepson, Ralph H. Ford; daughter-in-law, Mary K. (Hawkins) Ford; grandson, Ralph O. Bennett; two brothers and one sister.
She is survived by her daughter, Nancy (Jerry) Floyd of Chouteau, OK; son, Ross (Ida) Ford of Albuquerque, NM; daughter, Sally (Harvey) Bennett of Arizona; son, Jackson “Jack” (Susan) Ford of Peoria; son, Frederick (Sheila) Ford of Russellville, AL; son, John (Hilda) Ford of Peoria; son, Aaron (Linda Carrick) Ford of Peoria; twenty-one grandchildren; forty-eight great grandchildren; eighteen great-great grandchildren; and several nieces and nephews.
Goldie was formerly a housekeeper for Methodist Medical Center, retiring in 1978, after over eleven years of service.
She was a volunteer for the Foster Grandparent Program, for twenty-four years. She previously attended South Side Mission and placed her trust in Jesus Christ.
Memorial contributions may be made in Goldie’s memory to the South Side Mission.


To send flowers to the family or plant a tree in memory of Goldie Ford, please visit our floral store.