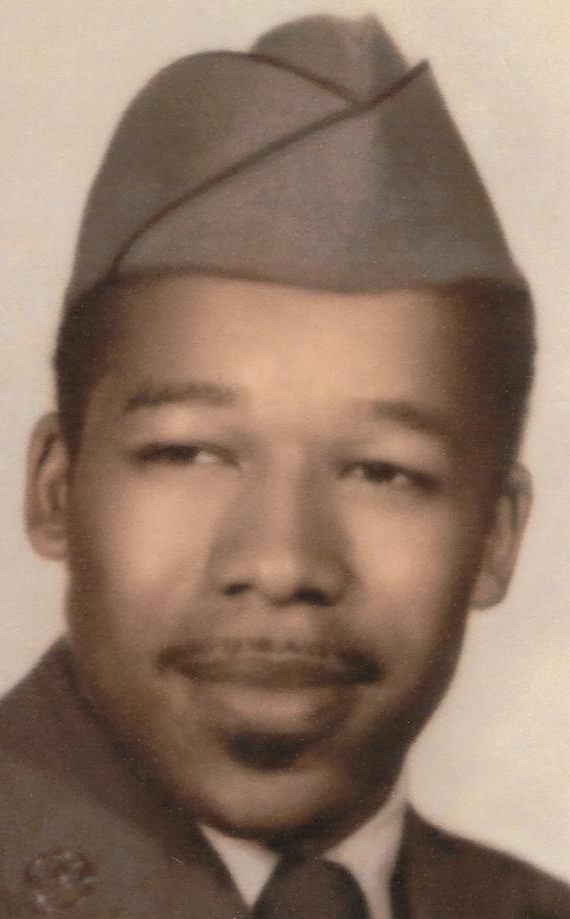 Gene Autry “Sonny” Brown Sr., 73, of Peoria, passed away at 2 p.m. on Tuesday, May 17, 2016, at his residence.
Funeral services will be at 10 a.m. on Saturday, May 21, 2016, at Clary Funeral Home, 3004 West Lake Avenue in Peoria, with Pastor Greg Washington officiating. Following services, the family will receive friends at Springhill Suites, during the repast. Interment and Military Honors will be at Camp Butler National Cemetery in Springfield, at a later date.
Sonny was born on February 16, 1943 in Newport, AR, a son of Minor and Neatril (Watson) Brown. He married Emma Jean Napper on July 5, 1960 in Decatur. She preceded him in death on October 24, 2013 in Peoria. He was also preceded in death by his parents; son, Lyle Brown; and brother, Joseph Walker.
He is survived by his daughters, Vickie Marie Brown and Pamela Brown of Peoria and Kathy Brown of Houston, TX; sons, Gene Brown Jr. of Menard, Derek Brown and Eric (LaShay) Brown of Peoria and Mark Brown of Chillicothe; sister, Janice Brown of Peoria; brothers, Eugene (Sue) Walker of Peoria and Paul (Mary) Walker of Chicago; over thirty grandchildren; eight great grandchildren; and a host of nieces, nephews, cousins and friends.
Sonny was a U.S. Air Force Veteran, serving from April 26, 1960 to November 1, 1963. He was a former member of New Morning Star Baptist Church and retired from Caterpillar in East Peoria.


To send flowers to the family or plant a tree in memory of Gene Brown, Sr., please visit our floral store.