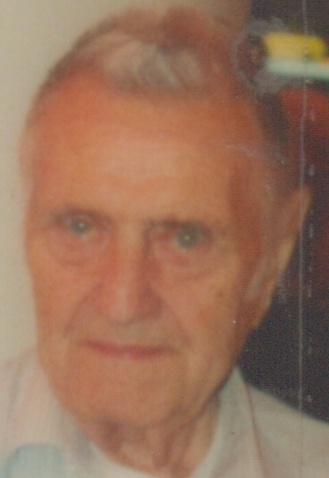 Eugene H. “Gene” Meyers, 92, of East Peoria, passed away at 1:50 a.m. on Tuesday, December 11, 2012, at Proctor Hospital in Peoria.
Graveside services and interment will be at 2:30 p.m. on Friday, December 14, 2012, at Swan Lake Memory Gardens in Peoria, with Military Funeral Honors provided by the U.S. Navy. Gene’s nephew, Danny H. Schoenheider from The Church of Jesus Christ of Latter-Day Saints, will officiate. Visitation will be from 1 to 2 p.m. on Friday at Clary Funeral Home, 3004 West Lake Avenue, in Peoria.
Gene was born in Davenport on September 20, 1920, a son of Herbert John and Margaret Elizabeth (Forlaufer) Meyers. They preceded him in death, along with his brother-in-law, Roll Schoenheider, and nephew, Troy Meyers.
He is survived by his sister, Darlene Schoenheider of Morton; brother, William C. “Bill” (Deborah) Meyers of Martina, GA; four nieces; and four nephews.
Gene retired in 1974, after thirty years of service, as a mechanic for Caterpillar, Inc Tech Center in East Peoria.
He was a World War II U.S. Navy Veteran, serving on an aircraft carrier in the Pacific. He earned the Asiatic-Pacific Ribbon with Six Stars, the Philippine Liberation with One Bronze Star, the American Theatre Ribbon, the Victory Medal and the Good Conduct Medal.
He was a member of the Spring Bay American Legion Post 1115 and a Life Member, Past Commander and Military Order of the Cootie with the East Peoria VFW Post 2078.
Memorial contributions may be made in Gene’s memory to the American Heart Association.


To send flowers to the family or plant a tree in memory of Eugene Meyers, please visit our floral store.