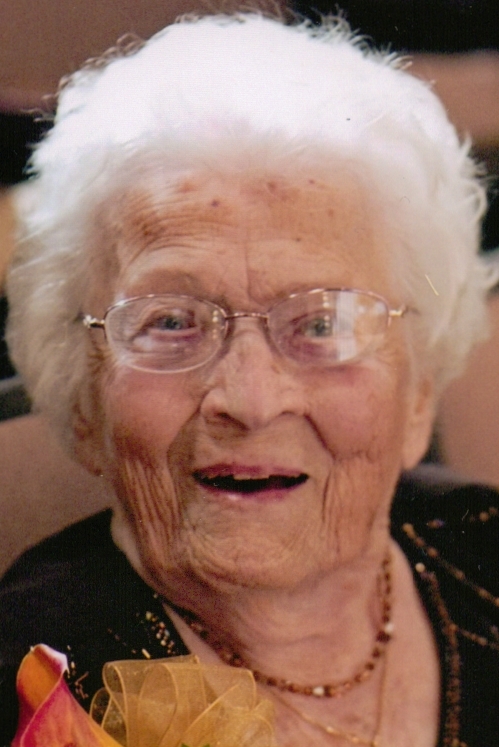 Elnor Marie Best, 97, of West Peoria, passed away at 7:13 a.m. on Friday, March 1, 2013, at OSF St. Francis Medical Center.
She was born on December 20, 1915 in Atlantic City, NJ, a daughter of Thomas and Kathleen Ann (Killen) Turnbull. She married Conrad Charles Best, Jr. on May 6, 1944 in Atlantic City. He preceded her in death on January 6, 2004 in Peoria. She was also preceded in death by her parents; one brother; her twin sister; one granddaughter; and her son, Conrad Charles Best II.
Elnor is survived by her daughters, Kate Laflen of Summerville, SC, Eileen (Michael) Buford of Kansas City, MO, Susan (John) Elliott of Peoria and Ann Wells of Bloomington; daughter-in-law Ronda Best of Kankakee; sister, Doris Johnson of Maryland; grandchildren, Nora Best, Conrad “Curt” Best III, Scott Laflen, James and Emily Buford, Heather Livesay, Patrick and Andrew Elliott, David and Stephen Wells and Theresa Meadors; and nine great grandchildren.
She was a parishioner at St. Mark Catholic Church in Peoria.
Her family will always be thankful for her. Elnor will be remembered, loved and never forgotten.
Her Funeral Liturgy will be at 11 a.m. on Wednesday, March 6, 2013, at Clary Funeral Home, 3004 West Lake Avenue in Peoria, with Monsignor Jerry Ward officiating. Visitation will be at the funeral home from 5 to 7 p.m. on Tuesday, March 5, 2013, and one hour prior to the Liturgy on Wednesday. Interment will be at St. Joseph Cemetery in West Peoria.
Memorial contributions may be made in Elnor’s memory to the West Peoria Fire Department.


To send flowers to the family or plant a tree in memory of Elnor Best, please visit our floral store.