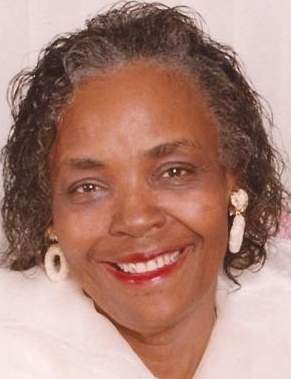 Corine Nell McClain, 79, of Peoria, passed away at 6 p.m. on Wednesday, October 10, 2012, at Heartland of Peoria.
Funeral services will be at 9 a.m. on Saturday, October 20, 2012, at New Cornerstone Baptist Church in Peoria, with the Rev. Dr. Mark A. McConnell officiating. Visitation will be one hour prior to services at the church. Interment will be at Lutheran Cemetery in Peoria.
Nell was born in Collinstown, MS on August 4, 1933, a daughter of Sam and Ceniliois (Petty) Faulkner. She married Ernest McClain in Peoria on December 18, 1950. He preceded her in death on January 22, 1990. She was also preceded in death by a daughter, Earnestine Williams, one grandson, five sisters and three brothers.
She is survived by her daughters, Diane Griffin of Peoria, Marie Ann McClain of Carpentersville, Felicia McClain of Peoria, Carla Eubanks of Bloomington, Victoria McClain of Peoria and Montina M. McClain of Peoria; sons, Kevin L. (Carol) McClain of Streamwood and Rapheal Eric (Monica) McClain of Peoria; sisters, Curtistine Young and Mary Anderson-Farris; brothers, Roosevelt Faulkner, Wardell Faulkner and Douglas Faulkner; sixteen grandchildren; and a host of great grandchildren.
Nell was employed as a cook at the Bradley University TKE fraternity house for many years. She also worked as a caregiver at the Fireside Nursing Home and Quality Care as a personal caregiver.
Her cooking was well known throughout the city. In her later years, she spent many of her days volunteering at the Salvation Army, where she cooked in the kitchen and assisted the staff during their busy Thanksgiving and Christmas seasons.
Nell was a member of the Foster Grandparent Program, Senior World and New Cornerstone Baptist Church, where she served in the Missionary Department for many years. One of her greatest joys was going to the Holy Lands and being baptized in the Jordan River.
She was a faithful Saint of God on this earth. She was a spirit-filled, loving woman who showed her love and kindness to everyone she came in contact with.
Memorial contributions and condolences may be sent to Rapheal Eric McClain, 11217 North Oakwood Drive #19, Peoria, Illinois 61615.
Funeral arrangements have been entrusted to Clary Funeral Home, 3004 West Lake Avenue, in Peoria.


To send flowers to the family or plant a tree in memory of Corine Nell McClain, please visit our floral store.

To send flowers to the family in memory of Corine McClain, please visit our flower store.