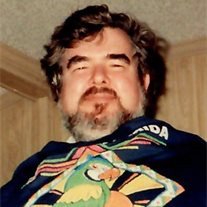 Clifford Earl Fisk, age 73, of Chillicothe, passed away on Wednesday, February 20, 2019 at OSF St. Francis Medical Center in Peoria. Cliff was born on June 26, 1945 in Champaign, IL to A. Wilkie and Inis (Butts) Fisk.  He married Teressa Fisk on December 20, 1971 in Ohio. Surviving are his children, Richard (Becky) Fisk of Dunlap, IL, Doug Fisk of Rome, IL and Edward Fisk of Chillicothe, IL; his grandchildren, Shauna Bliss, Alicia Fisk and Christopher Fisk; his sister, Lonita (Jack) Mitchell of Lincoln, IL; his brother, Jerry (Shirley) Fisk of Orchardville, IL; and his sister-in-law, Jane Fisk-Garrett of Marquette Heights, IL.  He was preceded in death by his parents and his brother, Jim. After serving in the U.S. Air Force, Cliff worked for Caterpillar until he retired in 2009.  He also owned C and T Video Valley in Chillicothe.  Cliff was a member of Chillicothe First United Methodist Church and the Chillicothe Lion's Club. Cremation rites will be accorded and a Celebration of Life will be held on March 3, 2019 from 2pm to 6pm at the VFW in Chillicothe.  Memorials may be made to Illinois Cancer Care in Peoria.   Arrangements were handled through Weber-Hurd Funeral Home in Chillicothe.

To send flowers to the family or plant a tree in memory of Clifford "Cliff" Fisk, please visit our floral store.

To send flowers to the family in memory of Clifford Fisk, please visit our flower store.