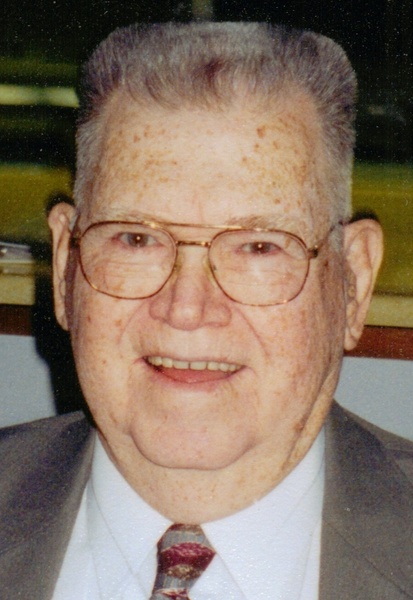 Charles Clayton Gentry, 89, of Peoria, passed away at 6:35 p.m. on Saturday, February 23, 2013, at Methodist Medical Center in Peoria.
Memorial services will be at 10:30 a.m. on Saturday, March 16, 2013, at Smithville Bible Church, with the Reverend Keith Webster officiating.
Charles was born in Knifley, KY on April 30, 1923, a son of John H. and Margaret (Cave) Gentry. He married Imogene Greer on January 21, 1947 in Kentucky. She preceded him in death in August of 1992 in Zephyrhills Hills, FL. He later married Addy Hartman. She also preceded him in death, as well as his parents; one daughter, Angel Gentry; two sisters; and five brothers.
He is survived by his daughters, Leann (Don) Wineland of Glasford and Dona Heistant of Lacoochee, FL; granddaughters, Devon, Dylane and Samantha Wineland and Amanda Heistant; and one brother, Ervin (Lucille) Gentry of Kentucky.
Charles was a member at Smithville Bible Church and worked as a welding supervisor for WABCO, now Komatsu America Corp, for twenty-five years, retiring in 1985. He was very proud to serve in the Civilian Conservation Corps in the early 1940s.
He enjoyed spending time with his family and was a foster parent, for more than twenty years, helping many children in need. He also enjoyed attending church and studying the bible.
Memorial contributions may be made in Charles’ memory to St. Jude Midwest Affiliate or the Alzheimer’s Association – Central Illinois Chapter.
Funeral arrangements have been entrusted to Clary Funeral Home, 3004 West Lake Avenue, in Peoria.


To send flowers to the family or plant a tree in memory of Charles Gentry, please visit our floral store.